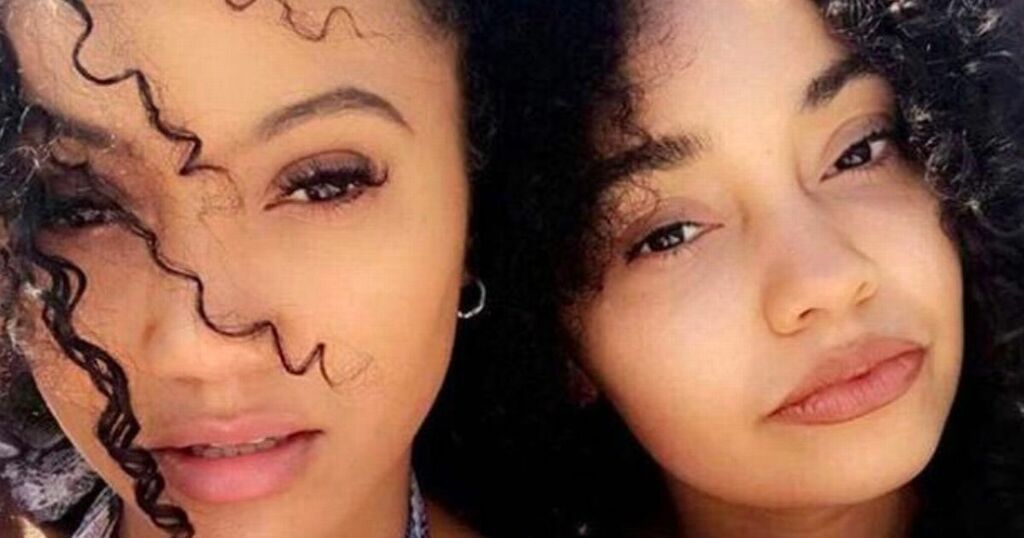 Leigh-Anne Pinnock's sister has waded into her feud with Jesy Nelson.

Sairah Pinnock, 31, who is Leigh-Anne's older sibling, shared a sweary post to her Instagram Stories which fans have interpreted to be about Jesy.

She posted after the release of Jesy's new music video for her song Boyz, in which she was accused of blackfishing, a term used to describe a white person altering their appearance to appear black or mixed-race.

Sairah wrote: "We must be some d**kheads".

Fans took to Twitter to say that the post had to have been about Jesy, with one tweeting: "They have a tight circle so they all p****d at Jesy. All posted about it."

The feud between Jesy and Leigh-Anne has reached boiling point in recent days.

Leaked DMs appeared to show Leigh-Anne encouraging an influencer to take down Jesy in a video, calling her "horrible".

She allegedly told the influencer: "Do a video about her being a black fish instead."

Leigh-Anne is then said to have added: "She blocked us. Cut us off. Horrible person."

There hasn't been any confirmation that the DMs were actually sent by Leigh-Anne.

Then Jesy did an Instagram Live with Nicki Minaj, who appears on Boyz, and the rapper took down Leigh-Anne in an explosive rant.

Nicki said: "Immediately that person has to wear a big red clown nose and big clown boots because you're a big f**ing clown."

She went on: "Sweetheart take them text messages and shove it up ur f**king a**, because when you do clown s**t I gotta treat you and talk to you like you're a clown."

Nicki continued: "It screams insecurity, it screams that you're jealous, only jealous people do things like this and now you just look like a big jealous bozo."

Jesy then took her turn to speak, saying: "Thank you babe, honestly that really means a lot.

"While we're on this subject I personally want to say my intention was never ever to offend people of colour with this video and my song.

"Like I said when I was a young girl this is the music that I listened to, these are the videos I watched and thought were the best."

She even claimed that Leigh-Anne once asked her if she was mixed-race because she tans easily.

Jesy said: "Leigh-Anne even said to me in the group 'Are you sure you're not mixed-race because you go darker than me in the sun?'"

Leigh-Anne is yet to respond to the rant publicly, but Jesy was slammed for failing to defend her.