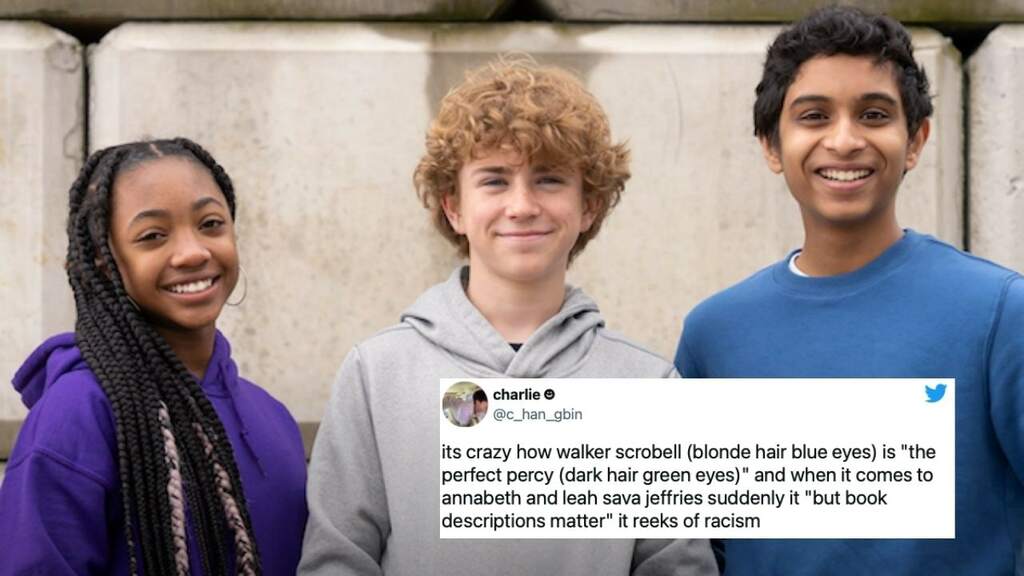 Pedestrian.tv
Kanye West told Kim Kardashian her career was ‘over’ after she dressed herself

The direcor of Blonde, Marilyn Monroe’s new biopic, has suggested that the film may ‘offend everyone’ 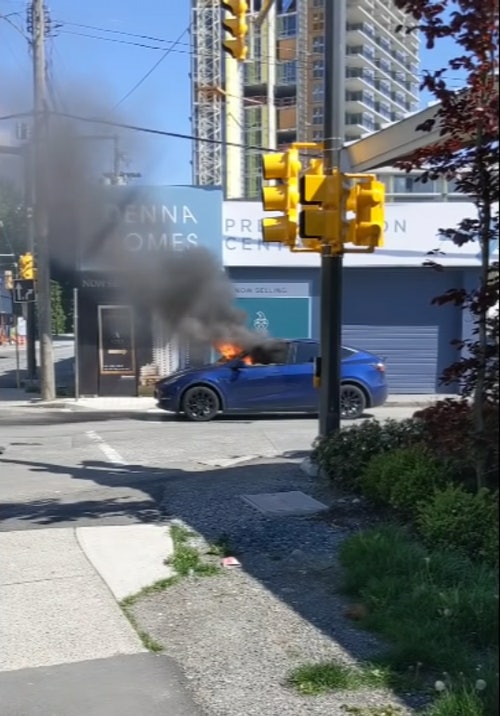 Tesla owner breaks window to escape after car bursts into flames
In other news, Elon Musk swears these cars will drive themselves entirely by sometime next year.

Input
Read news from The Economist, FT, Bloomberg and more, with one subscription
Learn More
In 1976, one technical innovation changed video games forever — and sparked a crisis

In this edition of Inverse Daily, read the hidden history of the video game cartridge, about dolphins' skincare routine, and…

Yes, "Proof of Love" involves NFTs — but it's actually hip. Could it be the future of entertainment?

Inverse
From analysis to good news, read the world’s best news in one place
No June CA statewide ballot measures—first time since 1964
Welcome to the Monday, May 23, Brew.

When in Italy, do as the Italians do and whip up gorgeous Mediterranean meals

Blonde. It’s a hair colour that conjures up images of beauty, privilege, air-headedness. Throughout history, famously fair women, from Marilyn Monroe to Paris Hilton, have been slapped with those stereotypes. So prevalent was this cliché at the turn of the millennium that up stepped Elle Woods, Reese Witherspoon’s Malibu Barbie turned Harvard Law grad heroine to show that blondes can be intelligent too, actually, in 2001’s classic comedy Legally Blonde. But for the new musical production of the film in London this summer, blonde is more a state of mind. For Courtney Bowman, who’ll be stepping into Elle’s pink Louboutins in the lead role, it’s not just a hair colour but “a metaphor for anything that you felt judged [by]”. She yelps. “Oh my goodness, that’s the headline there, isn’t it? Done one for ya!”

This new production of Legally Blonde: The Musical approaches blonde-ness from a fresh angle. It asks some pretty big questions: how do the associations with blonde, a hair colour traditionally linked with whiteness, change when the actor in question isn’t white? Bowman grew up in Lincolnshire and is dual-heritage: her dad hails from Cape Verde, while her mum is white and Bowman describes herself as Afro-European. When it was announced that Legally Blonde – a hugely popular 2007 musical, based on the film phenom – was being updated and revived a decade after it last played in London, she was as excited as any fan. When the news that directing prodigy Lucy Moss would be at the helm broke, it only upped the ante. And when it was revealed that Bowman herself would play Elle, she knew she was making “musical theatre history”. She shudders. “Oh, that’s so gross, I can’t believe I just said that.”

The process has been emotional, and Bowman wells up when she recalls getting the part. “It’s nice that Lucy had faith in me to go, ‘Yeah, do you know what, this is the girl.’” Her eyes suddenly fill with tears and she whispers “don’t cry” to herself. “Being plus size – ooh, God – being plus size and a person of colour, it’s just so nice to open it up and have more people come and watch the show and relate and be like, ‘Oh my God, that person looks like me’... I’m doing this not just for me, [but] for all the girls out there.” The tears come back up. “Ooh, off she goes again.”

I meet Bowman, 27, on a blissfully sunny day at Regent’s Park (the show will be opening at its Open Air Theatre), where the cast are three and a half weeks into the rehearsal process, with two more to go. Bowman, understandably, is pretty knackered and yet still manages to be energetic. The story of Elle – who travels to Harvard in pursuit of a man, only to realise that she’s perfectly fine on her own – is her latest role within the “empowerment show” subgenre (her words). She originated the role of Fatimah in Everybody’s Talking About Jamie, a musical about a Sheffield schoolboy who dreams of being a drag queen, and played Anne Boleyn in pop musical Six, the smash hit, co-written and directed by Moss, that reimagined the wives of Henry VIII as a feminist girl band. “It’s kind of my niche,” says Bowman. “I always try to make a point of doing a show that means something and sends a message, because then what’s the point of theatre?”

From an outside perspective, it’s easy to lump Legally Blonde among other musical adaptations of films and dismiss them as a cynical cash grab – criticisms levied on recent West End productions of Frozen and Moulin Rouge!. But there’s a reason fans adore this show so much: it’s really very good. The musical is sharp and hilarious, self-referential and knowing, with nuanced characters, full-throttle dance numbers and songs that have the sticking power of the theme from Frozen.

And there’s no bigger fan of Legally Blonde than Bowman herself, which she tells me upwards of 10 times during our chat. Her first introduction to the musical came from a 2007 MTV Broadway recording and its corresponding cheesy reality TV show The Search for Elle Woods, where wannabe actors took part in cheesy challenges as they competed to replace Laura Bell Bundy in the lead role. Bowman had previously worked with Moss on Six and was desperate to be involved in her take on Legally Blonde (“I was like, ‘I will be a tree in this production’”).

Bowman says that originally she’d “stupidly” shut her mind off from the possibility of playing Elle. As a non-white, plus-size actor, she’d assumed the part would go to a blonde, white girl. So she was surprised when the show’s team asked her to read for Elle and admits that she questioned whether it was “some sort of joke”.

Indeed, when news of her casting broke, Bowman says there was a vocal minority who echoed her self-doubts and complained things like, “You could never be blonde”. But for the most part it has been widely celebrated. And as Bowman points out, “you do have people who are my colour and are naturally blonde ... Blonde isn’t just the hair, it’s the feeling of it all: the personality and the bubbliness and everything. People just assume – talking about myself here, woooah – that because I’m big and bubbly and stuff, that like [I’m] not all up there.” She taps her head. “It’s just nice to play a part that proves people wrong.”

There have been discussions about what blonde means for Bowman’s Elle specifically. “Obviously I am wigged as the actress but we need to stress to people what the actual basis is here,” she says. Is Elle, the character, a natural blonde? Or does she wear a wig and therefore “choose to be blonde”? It’s one of the many collaborative decisions made as the cast and creative team grapple with putting on this 2007 play, based on a 2001 film, in 2022. “People have expectations of the show [from] yonks ago, but it’s not the same show as it was back then,” says Bowman. “If you think you’re gonna see the old show then you’ve got another thing coming.”

The cast is made up of “a mixed bag” of actors from “every experience, every sexuality, every gender, every race”, says Bowman, meaning opinions are wide-ranging.

“The one thing we all have in common,” she continues, “is that we all love the show and we all want to portray this story correctly.” The original iteration of the musical addresses issues such as racism, homophobia and prejudice, but there are areas where it has aged less well and as Bowman points out, “the little things add up”.

Take the song “Positive” from the 2007 musical, an anthem for peppy female empowerment laden with internalised misogyny (“Keep it positive as you slap her to the floor/ Keep it positive as you pull her hair and call her whore,” Elle’s sorority friends sing). In one line, Elle comments that Warner’s new love interest Vivian is “twice my size”; Bundy was “five-foot something” while Kate Shindle, the original Broadway Vivian, was closer to six foot, so Bowman always took the comment to be about “height, not weight”. But, knowing that the line didn’t read that way without context, the new musical’s team changed it.

While many musical writers would be precious about their script, the creators of Legally Blonde have given Moss and co free rein to make the changes they want. It’s this Bowman comes back to when critics question her casting as Elle. “A lot of people – everyone has an opinion, I get it, it’s fine – they’re like, ‘What are the writers gonna say?’ The writers said yes to me. I can’t really help you with that,” she says, with a shrug.

Her ability to rise above the comments comes back to the blonde again. “It’s just a joy – don’t say it again, don’t say it again – because your brain does wander when you watch theatre and you go like, ‘Oh my God, I can relate to Elle because I get judged.’” She pauses. “Do you know what? Pull it all away, pull the fact that I’m a person of colour away; Elle being blonde is the equivalent of my weight. I feel people judge me but I don’t care, I just crack on with my life, and I’m still happy and I still got to my end goal… You’ve got to basically channel your inner Elle and be like, ‘I’m me. Take it or leave it.’”

Pedestrian.tv
Kanye West told Kim Kardashian her career was ‘over’ after she dressed herself

The direcor of Blonde, Marilyn Monroe’s new biopic, has suggested that the film may ‘offend everyone’