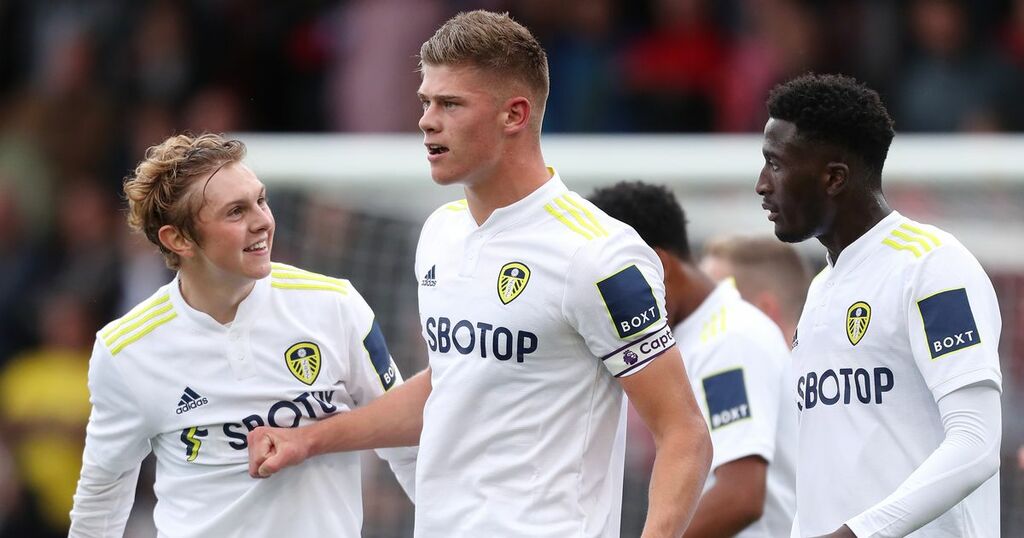 Over-18s are likely to be the old heads when a youthful Leeds United side kick-off their Premier League Cup campaign tomorrow.

Mark Jackson will lead a Whites side billed as under-23s in their opening match of Group E at home to Wigan Athletic at LNER Community Stadium in York.

However, with a number of the club’s best youngsters away with their countries, Jackson expects it will be a team largely made up of under-18s.

With the likes of Kristoffer Klaesson, Cody Drameh, Charlie Cresswell, Lewis Bate, Sam Greenwood and Joe Gelhardt away, there has been time for more individual, bespoke training at Thorp Arch.

“We’ve got a Premier League Cup game, so we’ll be young in that competition, but that was always planned,” said Jackson.

“We can test some of the 18s going into that and see how they’re shaping up. A few of the 18s coaches can get a feel for how we work as well.

“It’s all planned, but when we’re missing that amount of players it gives us a bit of time for the lads to work, maybe, individually with some players.

Mansfield Town and Sunderland are the other clubs in United’s Premier League Cup group. The Stags beat the Black Cats 3-0 in their opening match.

The competition currently has eight groups of four teams. The top two in each group advance to the last 16 and a knockout stage through to a final.

With so many players away from Thorp Arch at all ages of the academy structure with their national sides, Jackson has taken heart.

“That’s really, really pleasing,” he said. “When players are getting that recognition at international level, it means you’ve got good players on your hands.

“We know we’ve got good players. It’s up to us to guide them now and make sure they live up to that potential and fulfil that potential.

“That’s our responsibility as an academy to get them ready for that, but the international call-ups for England and other countries throughout the academy is really, really positive for the club.

“That shows we’re progressing in the right direction, working with the calibre of players we are.”