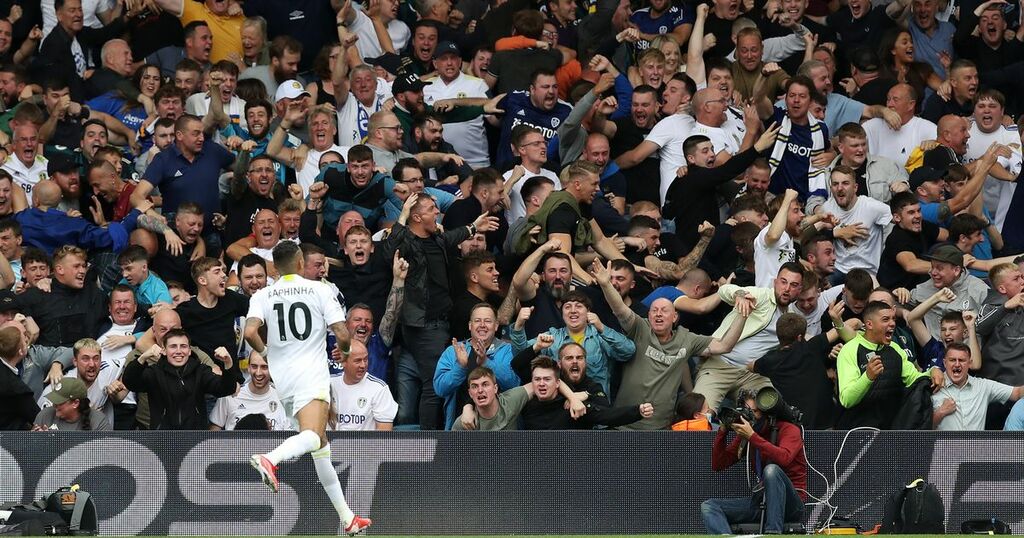 The visit of Leeds United is clearly still the big draw it used to be for opposition supporters as Southampton close in on a first sellout of the season.

The two teams meet at St Mary’s on Saturday afternoon and, for the first time in 18 months, the home side are expecting no empty seats.

The Saints’ stadium has a capacity of over 32,500 yet they have struggled to fill it since the return of football following the Covid-19 pandemic.

In their three home fixtures this season, the attendances on the South coast have averaged just 29,162 and the empty seats inside the ground have been visible on the television broadcasts.

According to Southampton fans forum, The Ugly Inside, there are just a handful of tickets left available for the visit of Leeds.

Despite the years the Whites spent away from the top flight, they are still clearly viewed as a big club by other English supporters.

Southampton didn’t even fill the stadium for the visit of Manchester United in their first home game of the season which is even more significant considering they hadn’t been allowed full capacity since March 2020.

The away end, as it is for every Leeds game, is sold out as roughly 3,000 Whites supporters prepare for the nearly 500-mile round trip to St Mary’s.

They will be desperate to see their side add to the win they got over Watford before the international break while the hosts are still searching for their first victory of the season.

With Leeds sitting 16th and Southampton occupying 17th, it is a match that holds real significance with neither team expecting to be in and around the relegation places as the campaign goes on.

Taking into account the inconsistent attendance numbers at St Mary’s in recent seasons, the substantial turn out expected on Saturday is a real statement of intent from their supporters.