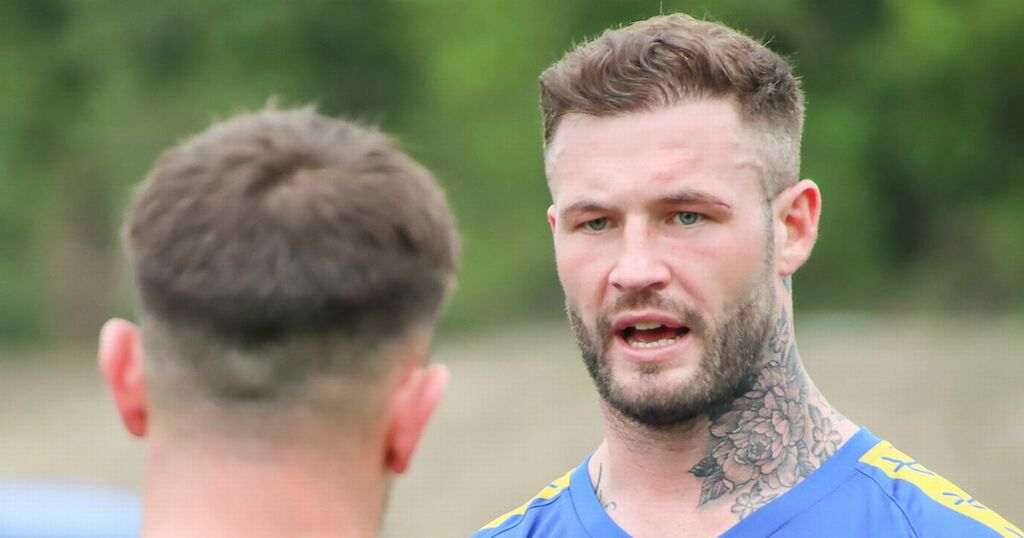 Zak Hardaker explains why he had to leave Wigan Warriors and take up Leeds Rhinos move
Hardaker has made a high-profile move from the Warriors to the Rhinos mid-season.

The new coach will have his first game in charge this Sunday against Salford Red Devils.

Zak Hardaker insists he didn’t do anything wrong at Wigan and is ready to make the most of his latest second chance.

The England international, 30, is set to make his ‘second’ debut for Leeds at Salford on Sunday after a traumatic few weeks. Hardaker, once banned for 14 months for testing positive for cocaine, was dropped by Wigan for “failing to meet standards off the field.” Just over a fortnight ago, he re-signed with Rhinos where he won the Treble in 2015 but the same day suffered a suspected seizure while out walking with his young son Abel.

Former Man of Steel Hardaker was aided by an off-duty paramedic - “it was scary and I’m so thankful” - and is now ready to return to action. On Wigan’s parting shot, he said: “I was a bit wary about how they worded it because it could come across like I’ve done something bad when I really haven’t.

“I’ve not done too much at Wigan – I’ve not done anything wrong. I could go down the rabbit hole of what’s really all happened, but I asked for a release last year. I was living in Wigan on my own and my young family was in Yorkshire, I was playing on the wing... there’s a lot of factors that go into me wanting to leave Wigan. I’m just really fortunate to be at a club like Leeds.”

Pontefract-born Hardaker insists he felt he needed to leave Warriors, where he had played since 2019 and was under contract until the end of the year. His partner is expecting their second child and the ex-Castleford full-back said: “Home can be wherever your family is really.

“My partner and my little boy did live in Wigan for a little bit and we were OK. But it didn’t end up the way we wanted it to end up; we have been living at my mum’s house for the last four, five months of last year. When the conversation came about we were going to have to move back, it was too much of a burden to pick up and move back to Wigan again for one more year.

“I was looking at moving back to Yorkshire at the end of this year anyway. She was comfortable with all the family members bobbing round the house. My job was in Wigan so it was a bit tougher for me. My family is really happy back home. I’ve been home for a few weeks and I’m really happy.

“Just to see my boy every morning and every night. That’s all I’ve wanted for the last few months. I am really happy with that. It helps me come to training with a smile on my face and hopefully that can impact me on the pitch as well.”

Sunday is new coach Rohan Smith's first game in charge of Rhinos after his arrival from Australian. Asked if they have spoken about where Hardaker will play for Leeds, who are looking to pull away from the wrong end of the table, the player insisted: "He has not really said. He knows the positions I can play and we have had conversations.

"I am happy to play anywhere at this moment in time to get up and running. I’ve told him the two positions I’d rather play, centre and full-back. he knows that. The squad is looking really good for the next month or two. It’s about me playing as best I can in whatever position I am put in, put my best foot forward and have those conversations with Rohan when I need them. I want to play as well as I can, get the two points and try and climb up that ladder."

On the seizure, which happened near his home, Hardaker was asked if it could have been fatal.

He said: "I’ve not a clue. I really don’t know. Speaking to the doctors about what they know, they do think the fit or seizure has happened from the impact of me falling down. If I’d landed on grass would it be different? I don’t know. Maybe.

"I didn’t feel any funniness before I set off walking. I’d just come back from training. I felt really happy, I was buzzing. For something like that to happen when I felt at my best is really scary. I was fortunate for it to happen about two minutes away from my house but fortunately even more to have a paramedic come out and look after me. She is called Rosie. I have been speaking to her since. She is a lovely woman."

Zak Hardaker explains why he had to leave Wigan Warriors and take up Leeds Rhinos move
Hardaker has made a high-profile move from the Warriors to the Rhinos mid-season.

The new coach will have his first game in charge this Sunday against Salford Red Devils.