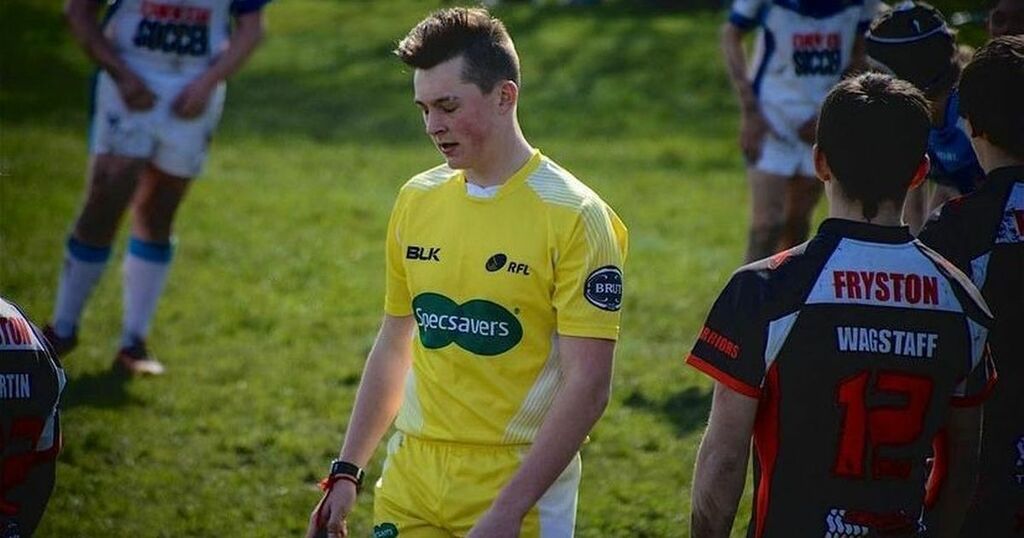 Jack Broadbent could have been refereeing tonight's St Helens-Leeds clash instead of playing in it had history unfolded differently.

The rising Rhinos utility back, 19, took his match officials qualifications while playing junior rugby in his hometown Batley. Broadbent’s eyes were always set on making it as a player in Super League - but he enjoyed his time with the whistle and believes it helped develop his game.

Broadbent explained: “Growing up playing in the Heavy Woollen area, there were a lot of teams and everybody knew each other. I’d seen some guys who used to play there starting to referee, and when I was about 13, six people from my team all went on a two-day training course.

“My goal since I first started was to play professionally, but I really enjoyed the refereeing and made a lot of friends. One of my best mates Liam Rush, who went on the refs course with me, is now touch-judging in Super League, which showed he was more focused on it than me.

“But it definitely gives you an insight into what refs are thinking - I know first hand what they’ve got to deal with because I’ve done it. I think there are some players that don’t even know all the rules, so it can definitely help give you a different perspective on things.

“Referees don’t get everything right but players expect that because it’s human error and we make mistakes as well. There’s a new age of young referees coming through now alongside the experienced ones, and it’s good for the game to have those new faces.”

Broadbent hung his whistle up at 16 after he was picked up by the Rhinos scholarship, and after making his Super League debut last season, has become an increasingly important member of Richard Agar’s squad. He scored a try in Saturday’s dramatic golden point Magic Weekend win over Hull FC in his first match back from an ankle injury, and has now set his sights on toppling St Helens tonight.

Broadbent added: “They will want to bounce back from their disappointing defeat against Catalans when they had the game in the bag. We know what to expect - it won’t be anything we’ve not seen before - but when they do it at such high standards it can be hard to stop.”