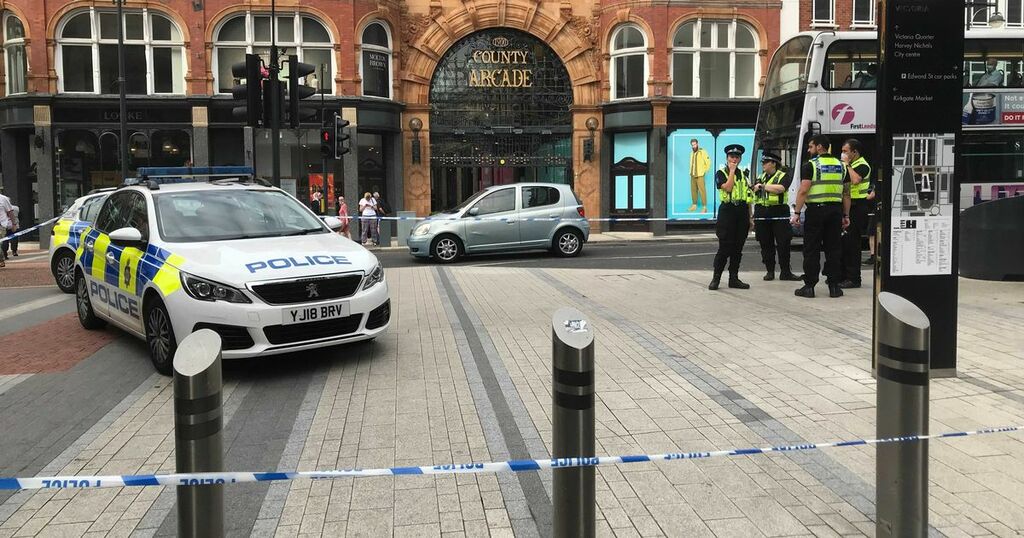 An eye-witness has described the moment he saw "four lads with knives" fleeing the seen of an armed robbery.

A number of masked males armed with knives entered the store and threatened staff.

For live updates on the Flannels armed robbery in Leeds, click here

They stole a quantity of stock from the displays and drove off.

A man who was outside the shop at the time the robbers ran out said: “Four lads with knives ran out of the door. They were wearing balaclavas.

"One of them dropped a knife that big [measured about 30cm with his hands] as he ran out.”

Meanwhile the owner of a shop opposite Flannels said the first he heard of the incident was when he heard "two armed police units screeched up outside".

Following the incident, a member of staff at Flannels said it wasn't likely that the shop would reopen any time soon.

Armed police officers were also deployed to secure the scene and support the search for the suspects.

No-one was injured during the incident and enquiries are ongoing.

Anyone who witnessed the incident, particularly anyone with mobile phone or dashcam footage, is asked to contact Leeds District CID via 101 quoting log number 546 of September 9 or online via www.westyorkshire.police.uk/101livechat