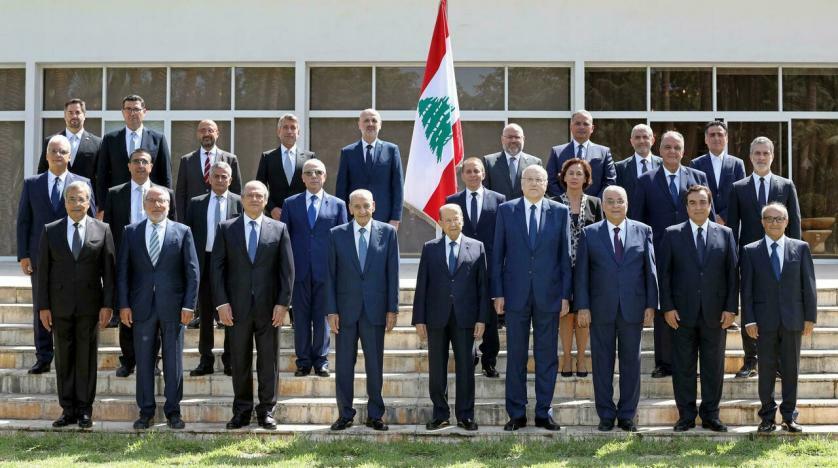 Lebanon’s newly-formed government held its first meeting Monday to discuss ways of rescuing the country from one of its worst ever economic crises.

The meeting, during which a ministerial statement is to be drafted to be submitted to a confidence vote in parliament, opened in the presence of President Michel Aoun.

Aoun said in a statement he hoped the committee tasked with drafting the statement would include the pursuit of negotiations with the International Monetary Fund.

Talks with the IMF on financial assistance are key to rescuing Lebanon, which defaulted on its debt last year and has since been sliding into poverty.

More than three out of four Lebanese are now considered to be under the poverty line, mains electricity is only available a handful of hours a day while petrol, bread and medicine shortages are sowing chaos across the country.

“We will tackle solutions to the fuel and medicine shortages in order to end the humiliation” to the population, Prime Minister Najib Mikati said during the meeting.

The new lineup was unveiled by Mikati after protracted horsetrading, 13 months after the previous government resigned following the deadly explosion at Beirut port in August 2020.

In the interim, the economic collapse in Lebanon has become one of the worst on record worldwide, with the currency losing more than 90 percent of its value and foreign partners seeing no sign of political change.

Mikati, the country’s richest man and a third-time premier, succeeded where his two predecessors failed in clinching a political agreement for a new lineup.

His team was met with skepticism if not scorn by many in Lebanon who argue that the same parties and political barons that have ruled for decades were unlikely to deliver major change.