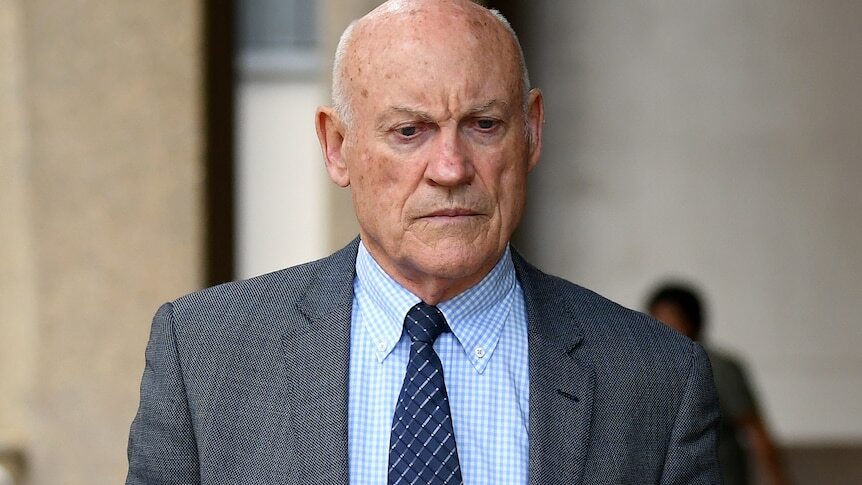 A court has heard former NSW Labor minister Ian Macdonald’s health conditions, including "chronic constipation" should be considered in sentencing him for a mine licence conspiracy.

Justice Elizabeth Fullerton is hearing sentencing submissions, after they were found guilty of conspiring over a coal licence for the Obeid family farm Cherrydale Park, when Macdonald was Resources Minister.

The judge presided over their year-long trial without a jury, finding they conspired for Macdonald to commit five acts of misconduct in public office.

Macdonald’s lawyer Jonathan Martin told the Supreme Court, his client had health conditions including 'chronic constipation", that would be difficult to manage in jail.

He argued Macdonald was also at high risk of catching COVID-19 in jail because of "lack of air flow", "cramped" conditions and no social distancing.

Pressing the lawyer for more detail, Justice Fullerton asked: “What are his medical conditions identified as co-morbidities that render him at higher risk of contracting the virus and suffering the consequences of it?”

Mr Martin replied that Macdonald had previously been admitted to hospital with deep vein thrombosis.

When quizzed further by the judge, the lawyer conceded that was back in 1996, more than 20 years ago, and the condition had not been an issue since.

Justice Fullerton also noted Macdonald has had his first COVID-19 vaccine and was waiting for the second one.

When Mr Martin tried to minimise the seriousness of  Macdonald's offending, the judge paused before replying that he was a minister at the time, so his moral culpability was "of the highest order".

Eddie Obeid's lawyer had previously told the court he should not go to jail because he had health conditions that had required numerous reports from a GP, radiologist cardiologist, neurologist, psychiatrist and two eye surgeons.

The court has heard Moses Obeid should not go to jail because a decade of litigation and media ‘harassment’ has caused him depression and anxiety and he has headaches after his first COVID-19 vaccine.