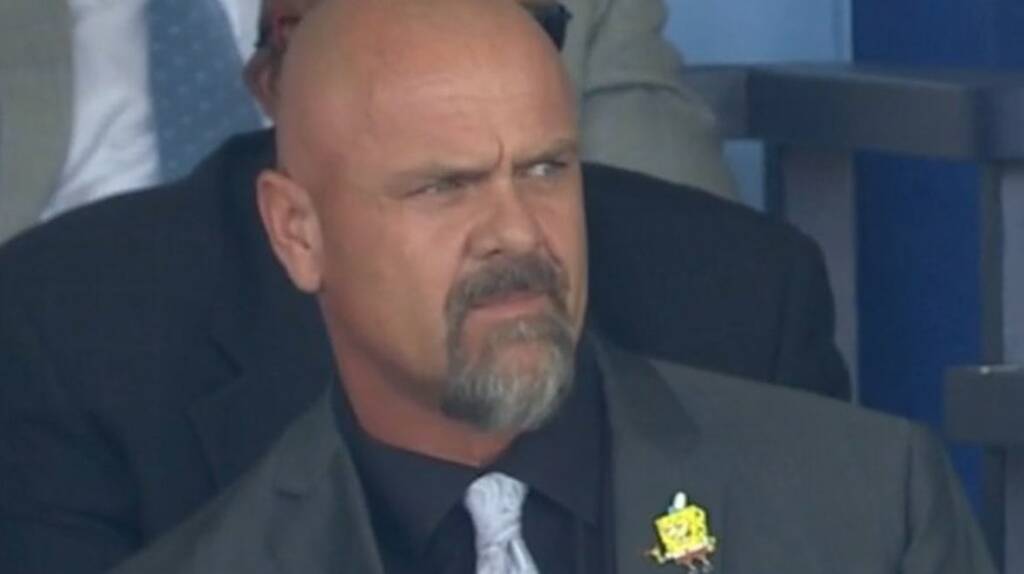 Wednesday marks the enshrinement of the class of 2020 into the Baseball Hall of Fame and there is no shortage of MLB luminaries on display in Cooperstown, N.Y.

Three former players will enter the Hall of Fame on Wednesday, headlined by ex-Yankees shortstop Derek Jeter. And while Jeter is the most decorated player being honored, Mr. November won't win best dressed in Cooperstown.

That honor will go to Larry Walker.

Walker was one of the premier hitters in baseball throughout the 1990s, retiring in 2005 after he tallied five All-Star appearances, three batting titles, 383 career homers and the '97 National League MVP. The Canadian star earned plenty of fans in his playing days as a middle-of-the-order masher, and he'll likely add a few more with one sartorial choice Wednesday.

Walker's love for SpongeBob SquarePants will forever be enshrined in Cooperstown after Wednesday's ceremony. The shirt Walker wore when he learned of his induction is now on display in Cooperstown, available for fans to see for decades to come.

Walker and Jeter will be enshrined Wednesday afternoon alongside former Cardinals catcher Ted Simmons. No word yet on whether Simmons will don any Patrick Star attire upon entering the Hall.