Landon Donovan: ‘Soccer means nothing when my players suffer’ 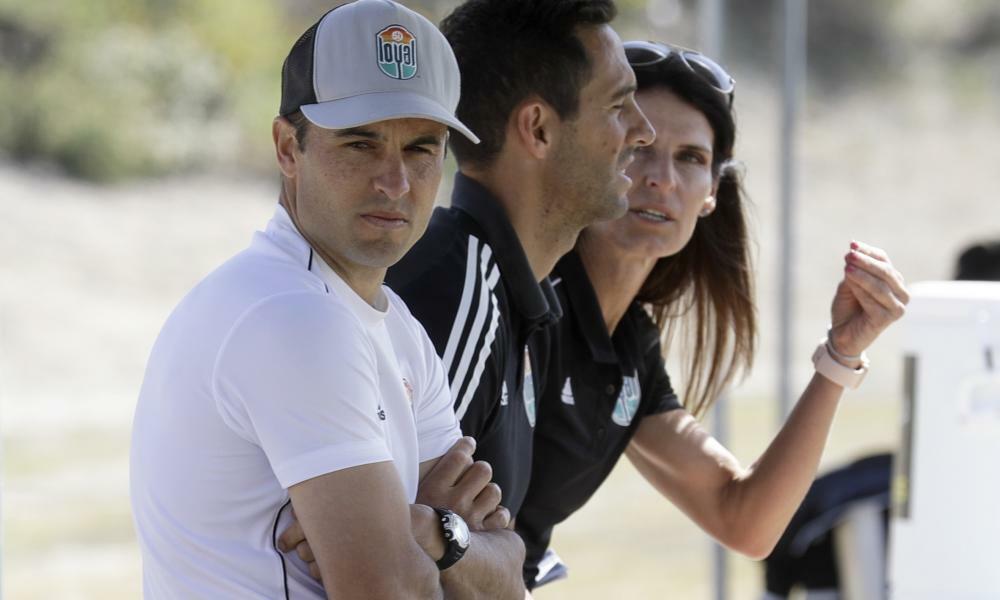 On a warm September afternoon in southern California, Landon Donovan stands where he has so often stood before: on a pitch with the ball at his feet.

Now manager for San Diego Loyal in the USL Championship, the USMNT’s joint all-time leading scorer, dishes out passes while simultaneously giving advice to his players. Donovan analyzes their runs while preparing another precise through-ball for someone to chase.

Once the session ends and his players head home, Donovan joins me on a plain silver bench that overlooks an empty practice field.

“We’re starting to really gel and connect,” says Loyal’s manager and executive vice president of soccer operations, who helped start the fledgling organization that made their debut in the USL Championship, the second-tier of American soccer, in 2020. “We are building day by day and the biggest thing now is just continuity, experiences together, time together.”

For all of his success that has made him widely recognized as the greatest player in US men’s soccer history, it’s interesting to note that a conversation with Donovan is less about tactics or on-the-field success, and more about the wider picture and the players themselves.

He is as competitive as ever, demonstrated by his progress at Loyal, which includes the USL Championship’s coach of the month award for June. But securing points and accolades isn’t his sole focus.

Donovan says he wants his players to be members of the San Diego community, and one of his aims is to “emotionally connect” with his roster.

“One of our guiding principles here is, these are people first and soccer players second,” says Donovan. “We say that all of the time.”

These aren’t empty words. As seen last year, the organization has stepped up when it has mattered.

During a 1-1 draw with LA Galaxy II in September 2020, the Galaxy’s Omar Ontiveros allegedly directed a racial slur towards Loyal defender Elijah Martin. Two days later the Loyal condemned the incident and said they would give up the point they earned from the match.

“We don’t even want to recognize being a part of a match where these types of actions take place”, said San Diego Loyal chairman Andrew Vassiliadis at the time. “The Loyal in our name is symbolic of the diversity in our community and as a club we will not stand for this.”

A week later, Loyal walked off the pitch during a match against Phoenix Rising after a homophobic slur was used by Phoenix’s Junior Flemmings against midfielder Collin Martin, who is gay. Loyal’s forfeit of the points from the matches meant they missed the playoffs.

“When we see Collin and Elijah and our team as people, really disturbed and hurt by this, the soccer part came second,” says Donovan, reflecting on the incidents 12 months later. “The soccer meant nothing in that moment because as people they were suffering. We had an opportunity there to live to what we speak and it was really important.”

Loyal were thrust into the spotlight after their forfeits, and although Donovan says he doesn’t want to be on “the moral high ground all of the time or shouting from rooftops,” he recognizes the responsibility he and his players have as athletes.

As for Donovan himself, it’s easy to forget that the forfeits – and the fallout from the pandemic, which caused a serious restructuring of the 2020 USL season – all came during his first year as a manager.

The 39-year-old is still learning as a coach. He made a name for himself as a player by adjusting his approach, and he’s done the same as a coach – and was honest in our conversation about his weaknesses. He says he can “see the issues and the problems very clearly” when he’s watching Loyal, but has needed support from his fellow coaches when it comes to implementing solutions on the training ground.

When it comes to his strengths, he believes he is at his best when he is engaging with his players. “My best attribute is my … ability to emotionally connect with people. Our team gets the most out of that when I’m on the field,” says Donovan. “What I’m good at is the interactions with the players and how I help them.”

And it is the human side of soccer than Donovan wants to continue concentrating on, in addition to success on the field.

“At the end of the day, we’re playing a game. I know it’s serious, I know it’s people’s livelihoods, but we’re playing a game,” says Donovan. “There are a lot of people who watch us and pay attention, including young people, kids. What kind of example are we setting? If we impact lives positively that way, that’s much more important than winning a soccer game. It really is.”