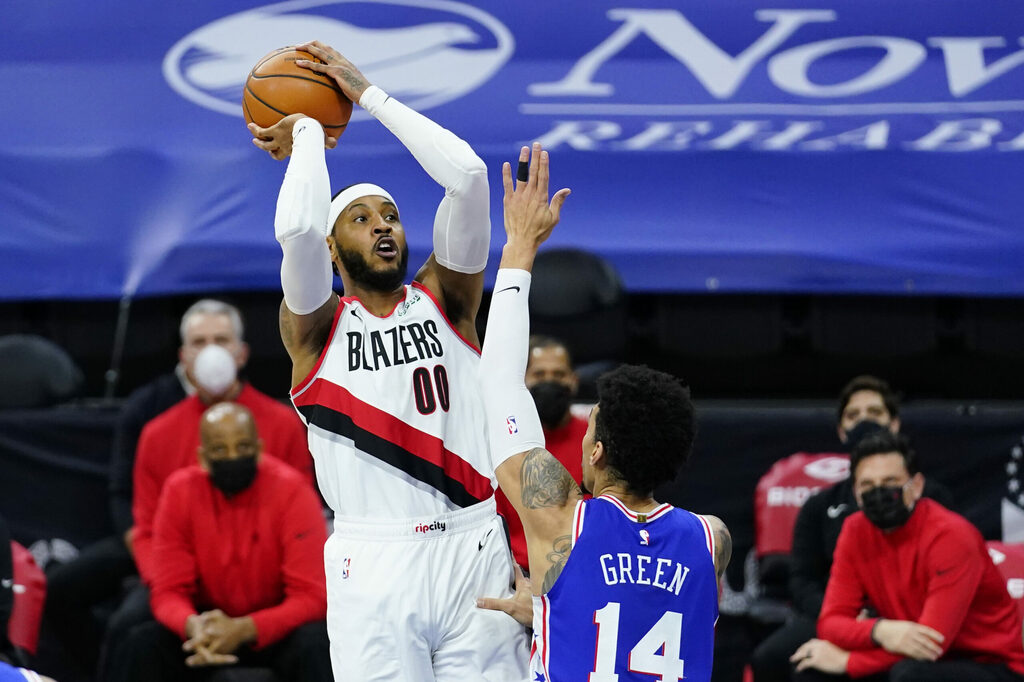 After revitalizing his career with the Portland Trail Blazers the last two seasons, Carmelo Anthony put himself in a position to be a helpful talent anywhere around the league.

Though his defensive abilities have diminished at 37 years old, he hit 40.9% of his 3-point attempts last season on almost five attempts a game. Shooting is extremely valuable in the modern NBA, and Anthony proved he could do it efficiently for a playoff-caliber team.

Anthony signed with the Los Angeles Lakers on a one-year deal worth the veteran minimum, and he’s expected to have a role as a catch-and-shoot threat alongside LeBron James, Anthony Davis and Russell Westbrook.

However, Anthony had three other teams he was interested in signing with, as he revealed on the “Posted Up” podcast with Chris Haynes. One of them was re-signing with Portland:

“I found myself sitting around and waiting on Portland…I didn’t want to talk to nobody yet, I’m just going to see what, you know, Portland does, see what happens, see what they say…Do they want to bring me back? Do they want to move on? I made that almost like a home for me within two years, I just felt like I was part of that community.”

The second team Anthony said was the New York Knicks, where he once played for seven seasons:

The third team Anthony mentioned was the Philadelphia 76ers, a team he hadn’t played for:

“Philly. I was looking at Philly. I didn’t really get a chance to, like, really converse with Philly, but it was interest there.”

Anthony quickly mentioned the New Orleans Pelicans had interest, but he was mainly glad to see several teams have interest in his services again, which wasn’t the case a few years ago when he fell out of the league.

Now the seasoned veteran will need to help the Lakers win the franchise’s 18th championship.