It’s very odd for the Raiders not to have much speed at wide receiver. During their franchise history, that’s always been one spot that they’ve made sure to have, even if it means reaching on players in draft or overpaying in free agency.

But that’s the case for the Raiders heading into the rest of the 2022 offseason. Despite the addition of Davante Adams, they have one of the slowest wide receiver rooms in the NFL.

In a recent article by Tashan Reed of The Athletic, he wrote about the overall lack of speed for the Raiders and what they may decide to do about it this offseason. Here are his thoughts on the current wide receiver room:

Davante Adams is still a deep threat despite not having blazing speed, but the Raiders don’t really have another one on the roster unless Johnson makes a leap. That doesn’t mean the passing offense won’t be dynamic — the trio of Adams, Hunter Renfrow and Darren Waller is one of the best in the league — but stretching the field vertically may be an issue.

The Raiders may decide they’re fine with that. If they’re not, Odell Beckham Jr., Will Fuller and Emmanuel Sanders are speedy receivers still on the free-agent market who could be options when the team has cap space in June.

Fuller seems like the best option here, considering he is probably the cheapest and has the most speed. But just how healthy is he and can he stay on the field? Those are questions we don’t know.

Is there a wide receiver on another team that could possibly be available via trade? Maybe someone like Nelson Agholor, Anthony Schwartz or Darius Slayton? Those are all players the Raiders should be calling about this summer to address their lack of speed at receiver. 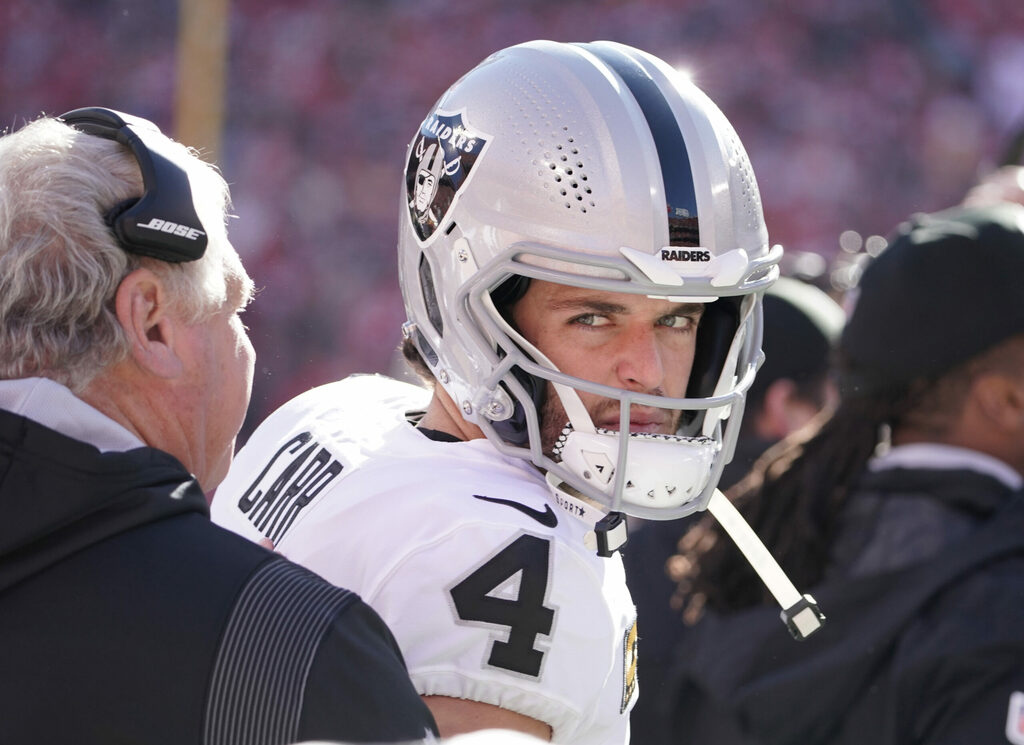 Todd McShay 2023 mock draft: See who the Raiders select in Round 1