Lab sealed in Kochi for conducting COVID-19 tests without licence 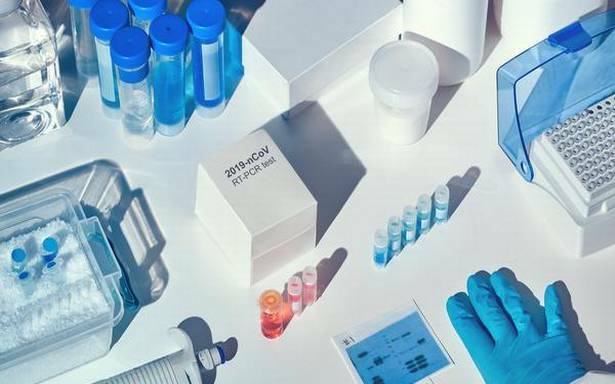 A private lab near Edappally toll junction was sealed on Wednesday morning after a surprise inspection led by District Collector Jafar Malik found that the management was conducting COVID-19 tests in violation of rules and regulations.

The move forms part of the decision by the district administration to initiate stringent action against labs carrying out COVID tests without the approval of the Indian Council of Medical Research (ICMR). “The inspections revealed that the Cochin Healthcare Diagnostic centre was conducting COVID tests without valid licence and approval from the ICMR. The PPE kits meant for people who turned up for the tests were used repeatedly for over a month,” said Mr. Malik.

The inspections revealed that the test results were not signed by an authorised person. It was signed by a lab technician. Data on those who were tested positive was not recorded properly as per guidelines. The management also failed to report positive cases as per the procedure prescribed by the government. A nurse was found managing the facility, it said.

The District Collector said that action will be taken against the owner of the facility based on the provisions of the Epidemic Diseases Act. A notice will be served asking why action, including cancellation of licence to operate, should not be taken against the management. “Action will be taken against private labs conducting tests without valid licence and approvals. We will also act against facilities that fail to enter results and details of tests as per prescribed norms,” he said. Officials of the District Surveillance Unit and the Drugs Control Department were also part of the team that conducted the surprise inspection.