Montreal (AFP) - Nick Kyrgios broke twice in the final set as he rallied to topple world number one Daniil Medvedev in the second round of the ATP Montreal Masters on Wednesday.

Australia's Wimbledon finalist beat Medvedev 6-7 (2/7), 6-4, 6-2 to produce his second career upset of a reigning number one after ambushing Rafael Nadal at Wimbledon in 2014.

Kyrgios produced his usual on-court antics, complaining about a high bounce, hitting a ball into the stands to draw a warning and bickering with his player box in moments of tension.

But after gathering his formidable resources, the 27-year-old ranked 37th finished off the match in exactly two hours.

"This is our fourth meeting and we know each other well," Kyrgios said."I don't go in looking at the rankings, just the guy in front of me.

"I had a clean objective today -- play a lot of serve and volley and execute better.

"Hopefully I can keep this rolling and keep on winning.Medvedev is a machine -- he's number one for a reason."

Both players were coming off weekend title wins, Kyrgios at the Washington 500 on Sunday and Medvedev at Los Cabos, Mexico, on Saturday.

Medvedev lost for the 11th time in 2022, but by reaching the final at Los Cabos -- where he lifted his first trophy of the season -- he is assured of taking the number one ranking into his US Open title defense later this month.

He was barred from Wimbledon as the tournament excluded Russian and Belarussian players over Russia's invasion of Ukraine.

Second-seeded Carlos Alcaraz, who like Medvedev enjoyed a first-round bye, fared no better in his opening match.

The unseeded American converted his fifth match point to seal the second-round victory in three hours and 20 minutes.

Alcaraz came into the event with two prestige Masters 1000 titles from Miami and Madrid and holding a 42-7 record this season.

But the 34th-ranked Paul claimed victory on a volley winner after holding off the Spaniard's charge from 5-2 down in the third set.The American stayed in the match as he rallied from a 4-1 deficit in the second set to start his comeback surge.

"It was nice to finish this match at the net," said Paul, who fired 36 winners to Alcaraz's 33. "I did a lot of things well today.

"I played a good level of tennis, comfortable tennis.I'm happy to get through and now have to recover for tomorrow."

Fourth seed Casper Ruud backed up his defeat earlier this season of Alex Molcan, beating the Slovakian 7-6 (7/3), 6-3 in just under two hours.

The Norwegian with three trophies so far in 2022 had to work to win the opening set after dropping serve as he tried to close it out leading 5-4.

It eventually took a tiebreaker for Ruud to prevail.He sealed his third-round place in straight sets for his 36th win of the season.

"It's always a tough fight against him," Ruud said.

"He's very fast and can give everyone problems," he added of the player coached by Novak Djokovic's former mentor Marian Vajda. 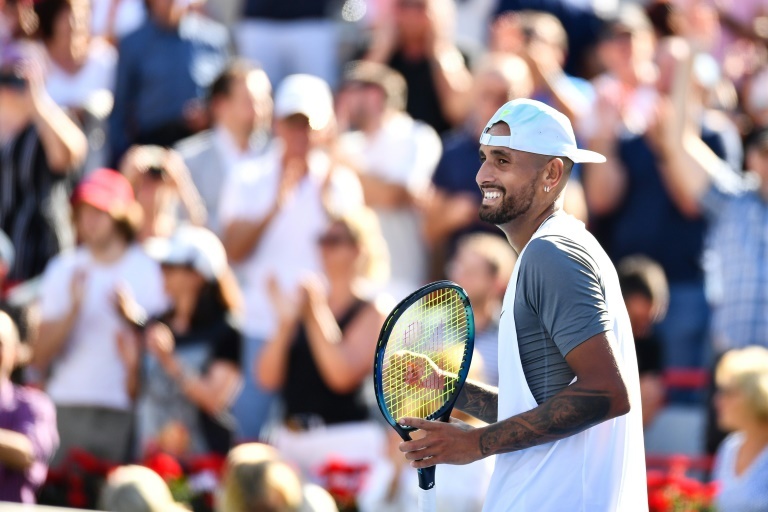 AFP
From analysis to the latest developments in health, read the most diverse news in one place.
Nick Kyrgios Beats Top-Ranked Daniil Medvedev in Montreal

Nick Kyrgios will be seeded at the US Open starting at the end of the month, after reaching the quarterfinals…