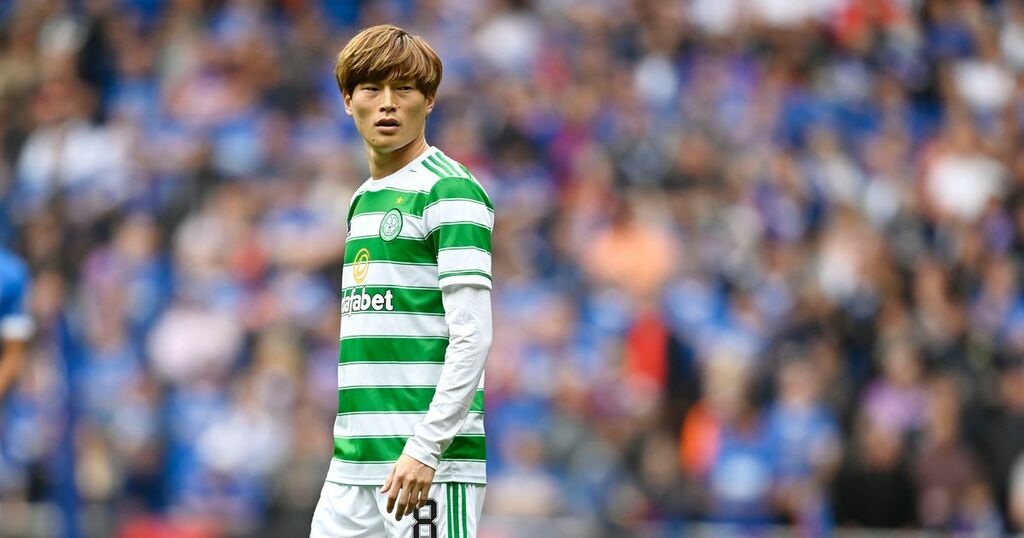 Legend Okada reckons his country contributed to Kyogo's knee injury by playing him out of position - and he reckons Celtic will be "angry" at the possible setback.

When he returns to Scotland, the club will be will be desperate to discover the extent of the injury ahead of their Scottish Premiership clash at home to Ross County.

But Okada, who led his country to their first ever World Cup qualification in 1998, reckons Japan wasted Furuhashi by playing him out wide - similar to Postecolgou's admission after the Old Firm defeat at Rangers.

Veteran Okada said: "It would have been far better for both Kyogo and the team if he was played in the middle instead of being stuck on the left wing.

"Why play him on the left side anyway? Celtic will also be angry that their player has been injured in this game.

"That would concern me about his future use in the team if his club thinks he might get injured and we have to hope the extent of the injury is not too bad.

"I hope he is used properly as a central striker in the next games."

After Celtic's 1-0 defeat at Ibrox, Postecoglou also admitted he should have started Kyogo through the middle.

The Hoops gaffer went with Kyogo on the left and Odsonne Edouard as his main striker but hooked the Frenchman shortly after Rangers scored.

After the match he said: "I just thought Kyogo would be much more of a threat down the middle, to be honest I probably should have started him there to begin with but obviously with Forrest out we're a little bit short in the wide areas.

"That's why we started with him out to the left but I knew with his speed getting Kyogo in the middle was going to cause them problems and that was the main reason."