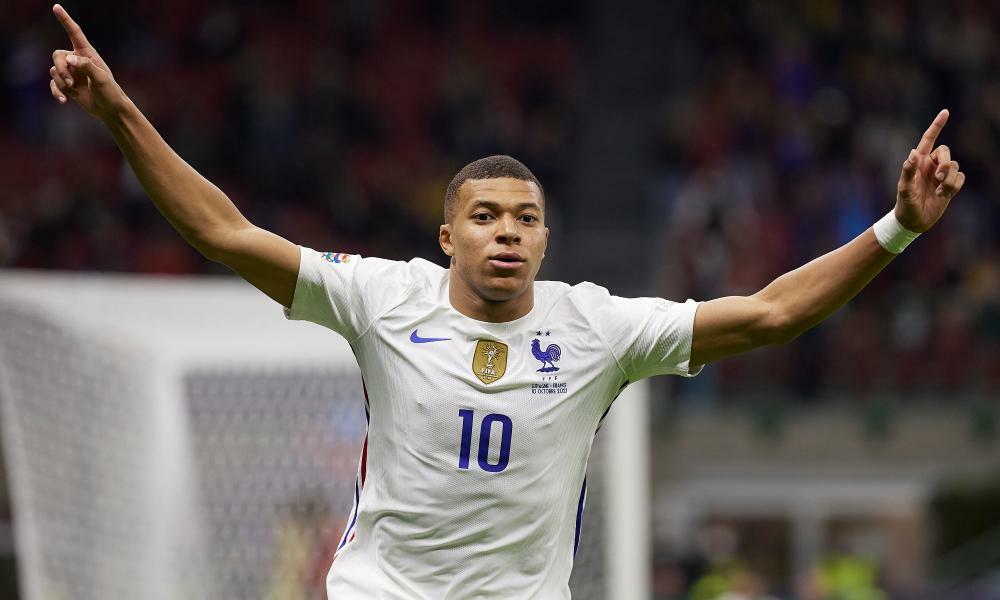 Maybe this Nations League thing isn’t a bad idea after all. It may not be universally recognised as a real tournament, at least not yet, but it turns out that it’s a lot of fun. The final four brought three wild nights in Milan and champions who twice had to come from behind to lift a still unfamiliar trophy, not least because when it came to the moment that decided its destination, there in the madness was Kylian Mbappé, blood running cold. There too was Hugo Lloris, the man raising it to the sky.

A game of control and quality but few chances had gone crazy, exploding into life and suddenly wide open and that was where France found a way to win it. Having beaten Belgium 3-2 after trailing 2-0 in the semi-final, now they beat Spain having trailed 1-0. First Karim Benzema bent in an outrageous shot to equalise a minute after Mikel Oyarzabal had given Spain the lead and then Mbappé, clean through, coolly slid the ball under Unai Simón for the winner.

Spain were not happy about it: Mbappé had been clearly offside when he was released by Theo Hernández and Eric García admitted he had trouble accepting Anthony Taylor’s explanation that the tiniest of touches from his studs as he stretched had played the Frenchman back onside again. It was a cruel, almost bureaucratic way to lose a final.

Not that it was over just yet. Those three goals had come in 15 minutes and although there would be none in the remaining 15 there was so much happening it was hard to keep up. Mbappé scored in the 80th minute. Just as important was Lloris’s dramatic save from Oyarzabal in the 95th. Between those moments there had been two more superb stops, one at each end, as the final, frantic minutes played out and Spain kept flooding forward desperate to recover a lead they felt they had deserved and were determined not to relinquish without a fight.

To the point that Simón went up for a corner and stayed up too, getting a touch in the scramble that ended with Lloris making an exceptional stop, team mates collapsing on the floor in disbelief. In the end, then, Mbappé’s goal had done it and so had Didier Deschamps. Whether by design might be another question, but there can be no doubting the quality of players he has. There may be less doubt about the Spanish players now than a week ago too: a team is emerging under Luis Enrique that came close to claiming a first trophy in nine years and whose identity is clear.

Deschamps had said it was impossible to take the ball off Spain, a statement of fact that also felt like a declaration of intent, and for much of this game so it proved. Sergi Busquets was the axis on which their play was built. Gavi again belied his seventeen years, turning quickly and often, French players left behind. And Ferrán Torres was the outlet, repeatedly receiving on the right and quick to go at opponents, inside or out.

But while Torres released Pablo Sarabia for a scuffed early shot, there was little in the way of real opportunity in the opening forty-five minutes – Spain’s achilles heel. A brief VAR check for a potential Jules Koundé handball was as close as they had come and France may not have been unhappy with what had happened, which was not much, both coaches departing at the break believing this was under control, each in their own different way.

Soon though control had gone and the game was better for it. The second half began with Sarabia almost finding Oyarzabal and Marcos Alonso having to intercept Mbappé, a glimpse of the coming storm. The crossbar was still vibrating from a Theo Hernández shot at one end when Spain took the lead at the other, Busquets clipping a lovely pass for Oyarzabal to hold off Dayot Upemecano – who had replaced the injured Raphaël Varane – and score. Just seconds had passed between those two shots and just seconds would pass before the next, Benzema curling in a sensational shot to make it 1-1.

A goal each and they were back where they had been, no time to take it in. The game, though, was no longer where it had been but in a better, more unpredictable place. Mbappé was denied by Simón, the noise rising, legs tiring, then Yeremi Pino controlled a 70-yard ball, turned and almost got Spain in again. This was wild, and perhaps that suited France, who soon had the winner, Mbappé sent running away. One on one with Simón, he paused, ran his foot over the ball, looked one way and shot the other to place one hand on the trophy. Lloris would apply the other.