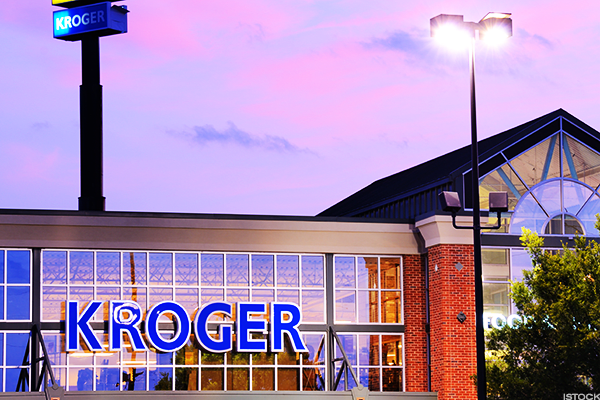 They aren’t so easy to fill, he said.

“We’re aggressively hiring anywhere we can. One of the biggest constraints we have right now is finding talented people,” McMullen said.

Cincinnati-based Kroger’s workforce totaled 460,000 as of Jan. 30. It isn’t the only company struggling to find workers. There’s a buyer’s market for jobs, even though the unemployment rate still totals 5.2%.

Kroger is boosting wages in steps and working to lift productivity through technology and more efficient work processes, McMullen said.

The company announced a deal with Instacart Tuesday to deliver online grocery orders to customers’ homes as quickly as 30 minutes.

“Despite comparisons to the peak of pandemic-related stockpiling last year, narrow-moat Kroger’s second-quarter results were solid, and we do not expect to change our $37 per share valuation much,” he wrote after its earnings report last week.

“Our take is more optimistic than market reaction to the news (the shares dipped by a mid- to high-single-digit percentage after the release), but we believed the shares were priced assuming near-perfection heading into the earnings report.