“Do something,” producer Gene Redd instructed drummer George Brown and bassist Robert “Kool” Bell during an early recording session in New York. “Say something! Sing something.”

That prompt in the late ’60s was what Kool & the Gang — a jazz group with a crack horn section that evolved into funk, then transitioned to disco — needed to get moving. “Right off the top of the heads,” Brown, 73, said of group’s early years, when it was making instrumental tracks influenced by both James Moody and James Brown. “We’d just start, and bingo, there it is: ‘Raw Hamburger’ and ‘Chocolate Buttermilk,’” he added, referring to two memorable tracks. “It just flowed. And we’re just grooving.”

Over nearly six decades, Kool & the Gang have released 25 albums and toured worldwide, playing Live Aid in 1985 and Glastonbury in 2011. Their 12 Top 10 singles are funk, disco and pop classics, underpinning movies including “Pulp Fiction” and “Legally Blonde”: “Jungle Boogie,” “Ladies Night,” “Hollywood Swinging,” the undeniable 1980 party anthem “Celebration.” They are foundational for hip-hop and have been sampled over 1,800 times, according to the website WhoSampled, including memorable turns on Eric B. & Rakim’s “Don’t Sweat the Technique” and Nas’ “N.Y. State of Mind.” (Questlove played a three-hour-plus set of songs featuring the group’s samples during a 2020 livestream.)

Yet Kool & the Gang haven’t collected the same accolades as many of their contemporaries. They haven’t even reached the ballot for the Rock & Roll Hall of Fame. Why?

“We’re asking the same question,” said Bell, 71, in a separate interview. The bassist and singer left the Imperial Lords street gang and joined the first version of the group in Jersey City, New Jersey, in 1964.

Bell was video chatting from Orlando, Florida, wearing a leopard-print dress shirt, with a bass, a Kool & the Gang-branded guitar and framed gold and platinum records behind him. He’s an animated storyteller, delighting in remembering the band’s early days in Youngstown, Ohio, when he and his brother Ronald Khalis Bell, often credited under his Muslim name, Khalis Bayyan, pounded on empty paint cans to make rhythms.

Their father, Bobby, was a boxer who hung out with the jazzmen Miles Davis and Thelonious Monk; Monk later became Robert’s godfather. Robert tried boxing but only lasted a year. When the family moved to Jersey City, he fell in with local gangs.

Music eventually pulled him out: The group sparked when Ronald visited the home of a high-school classmate, Robert “Spike” Mickens, who could flawlessly play the jazz classic “Desafinado.” Soon the Bell brothers were hanging around Mickens’ house, and Kool picked up a guitar, learning the one-note bass part in Herbie Mann’s “Comin’ Home Baby.” His instinctive style, with help from his more accomplished brother, became the group’s rhythmic foundation.

“Didn’t take no lessons. Nothing like that,” Bell said. “Just listening.”

They formed the Jazz Birds, then the Jazziacs, then Kool and the Flames, after Bell’s street nickname, modified from a friend called Cool. In 1969, wanting to avoid trouble from James Brown and His Famous Flames, they renamed themselves Kool & the Gang.

The group found a manager and began playing gigs, learning Brown and Motown hits, backing minor R&B stars in their swings through town. “So now you have the jazz and the funk coming together,” Bell said. The band’s live, mostly instrumental 1970 debut “Kool and the Gang” reflected this combination.

Kool & the Gang were prolific, and their sound evolved over a long period. Michael Neidus — global commercial manager for the British record label Demon Music Group, which licensed the Kool & the Gang catalog from their longtime label, Universal Music, for the boxed sets — decided to separate the group’s more grooving ’70s phase, when the band frequently worked with the producer Redd, from the smash-hit era that begins with “Ladies Night” in 1979 and “Celebration” in 1980.

“It’s too much in one go,” he said. “There are two distinct periods of the band’s success.”

Even in the band’s first decade, it was clear that other musicians were paying close attention to their sound. In Indianapolis in the early ’70s, Funk Inc. was studying early Kool & the Gang albums. Funk Inc. interpolated “Kools Back Again” into its own “Kool Is Back,” which was memorably sampled many times.

“They pitched a good pocket,” said Steve Weakley, Funk Inc.’s guitarist, in an interview. “They had single-note lines in the melodies.”

Through most of the band’s early period, Kool & the Gang had no bona fide singer, and for a while, it didn’t matter. When a record executive requested they make their own version of Manu Dibango’s hit “Soul Makossa,” Kool & the Gang came up with “Jungle Boogie,” “Funky Stuff” and “Hollywood Swinging” during a one-day marathon rehearsal session in New York for their “Wild and Peaceful” album.

“These guys could make hit records with no singers,” said Pete Rock, the DJ and producer whose Jamaican family in the Bronx owned all the Kool & the Gang singles and albums. “Funky as hell — that’s the only way to describe that rhythm section.”

Rock said once the pioneering hip-hop DJ Kool Herc of the Bronx popularized the isolation of breakbeats grabbed from other artists’ records, Kool & the Gang became essential: “Everybody was on a James Brown kick in hip-hop, but certain producers listened to other music by other groups.”

By the late ’70s, Kool & the Gang had survived long enough to realize they could be even bigger if they found their elusive frontman. Dick Griffey, a concert promoter, was the first to suggest the idea, and the group hired James “JT” Taylor.

A small detail at the end of “Ladies Night” turned out to be crucial — Meekaaeel Muhammad, a member of the group’s songwriting team, fleshed out the chorus with a countermelodic “Come on, let’s celebrate.” It pointed to the band’s next hit: “Celebration,” based on an idea from Ronald Khalis Bell. “The track had that kind of down-home feeling, almost like you’re somewhere in Alabama, with grandma sitting on the porch with some lemonade. A rocking-chair vibe,” Bell said. “One of the guys came up with that ‘yahoo!’”

“Celebration” is one of the most recognizable songs in pop, on best-of playlists for weddings and sporting events — it was even played on the International Space Station. The track kicked off a commercially rich period in the ’80s (“Get Down On It,” “Cherish,” “Fresh”), but after so many years of funky polyrhythms, disco and pop got “a little boring, if you know what I mean,” Brown said. “You eventually get into it, but it wasn’t like playing jazz or funk. Those two genres, you can stretch out.”

The hits mostly dried up by 1989, and the group continued to make albums and tour internationally throughout the ’90s and 2000s, replacing original members with younger artists. In 2011, David Lee Roth saw Kool & the Gang perform at Glastonbury and invited the band to open for Van Halen on its tour the following year. The group’s tracks have streamed 2.8 billion times worldwide to date, according to the tracking service Luminate.

But the last few years have been difficult. Ronald Khalis Bell and saxophonist Dennis “Dee Tee” Thomas died; Robert Bell lost his wife and another brother. When the pandemic hit, the group’s remaining members had to cut off their touring schedule. Discussing this period, Bell’s smile drooped, and he turned contemplative. “A lot of memories,” he said. “But we continue to move on.”

Brown said a new album is scheduled for October, and the band is on the road once again.

Perhaps it will eventually reach the Rock & Roll Hall of Fame, too. Bell smiled wryly. “Yeah, well,” he said. “Maybe next year.” 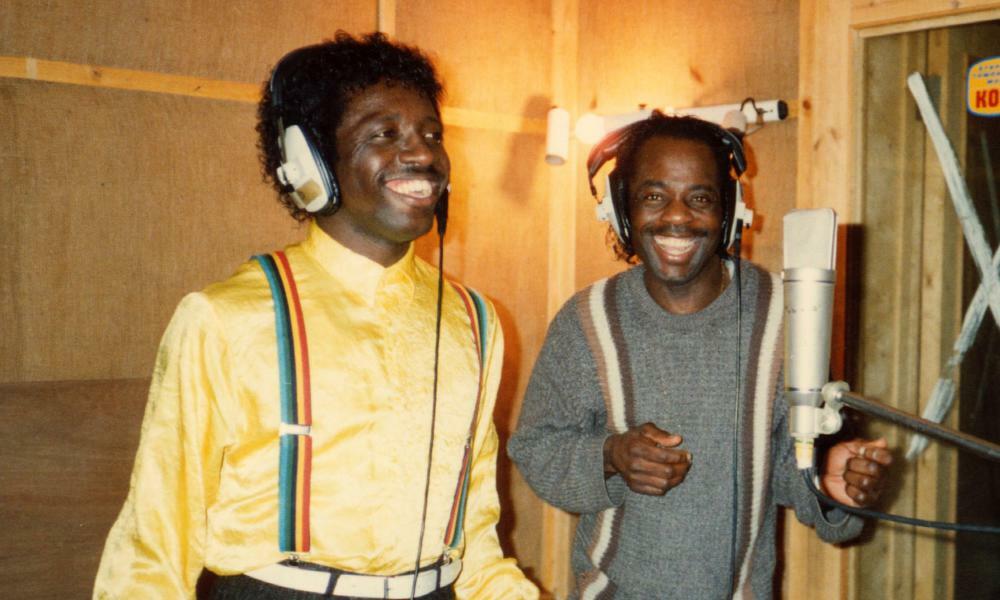 The Guardian - UK
One subscription that gives you access to news from hundreds of sites
Love guitarist Johnny Echols: ‘Arthur Lee was warm, giving – and obnoxious’

Currently touring the UK, Echols harks back to the multiracial band whose Forever Changes was hailed as a masterpiece, but…

The Guardian - UK
TRNSMT 2022: 10 acts not to be missed at this weekend's festival

TRNSMT will be returning to the city this weekend with a whole host of acts hitting the stage, but who…