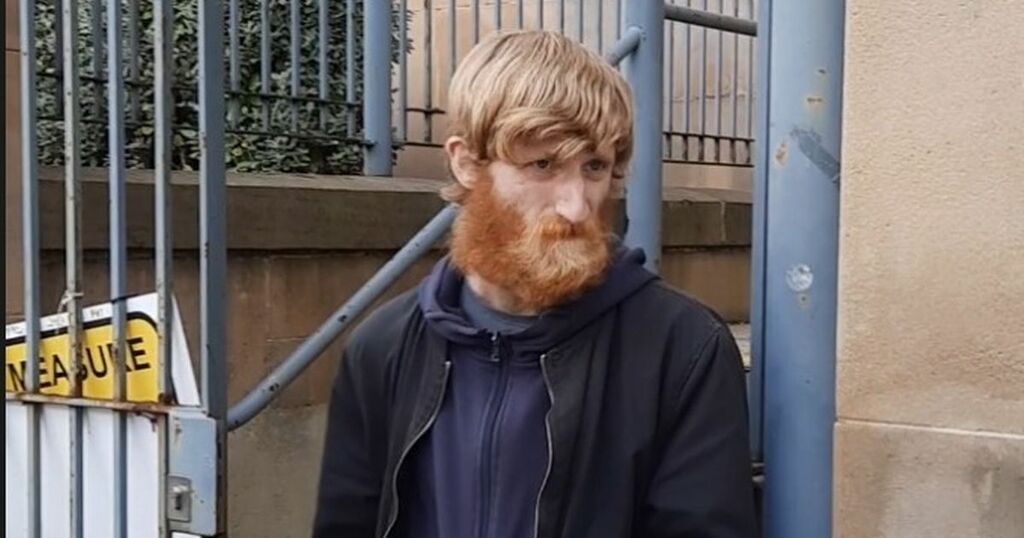 A customer who stabbed a masseur in the back when he realised they were not alone in her flat has been allowed to walk free from court.

Sleet was ordered to carry out 120 hours unpaid work in the community and was placed under supervision for a period of 18 months at Dundee Sheriff Court on Wednesday.

The court was told that Sleet had tried to book his victim's services at 7am but was told he would have to wait for her first appointment two hours later.

He turned up early at her door and was allowed into the flat but he almost immediately pounced on her and stabbed her before throwing her over a bed.

Sleet admitted having a knife in St Thomas Crescent, Arbroath, and in McDonald Street, Dundee, on 23 May 2019.

He also admitted attacking the victim in her flat by seizing her body, striking her back with a knife, and pushing her to her injury.

Fiscal depute Gavin Burton told the court the victim was a Romanian national who lived at the flat in the Hilltown area with her aunt and another woman.

"She is a shop assistant and works 16 hours a week. She also offers a massage service, this is infrequent and sometimes only once per week.

"Clients could contact her through phone or a website. She received a call from a number she did not recognise. She said she didn't begin work till 9am."

Sleet, 23, arranged a 15-minute visit and he turned up shortly before 9 am and was allowed into the property by the victim.

"The accused asked her if she was on her own," Mr Burton said. "She said she wasn't and that her friends were in the living room.

"The accused grabbed her round the neck from behind and she felt a sharp object in the back. He pushed her into the bedroom and she fell over the bed."

She managed to shout for help and the other occupants of the flat came out to find Sleet trying to flee the flat but being stuck inside because he could not open the lock.

"He was trying to exit but he couldn't manage to use the lock in the front door. He was holding a knife. One witness pulled his hair and [the victim] grabbed the knife.

"They opened the door and the accused left. She contacted police stating she had been stabbed by a male. The accused was traced outside the entrance to Wellgate.

"He was seen to have blood on his hands. He stated he had stabbed a female a short time earlier and was sorry." The victim had a small cut to her back and bruised arms.

Solicitor advocate Kris Gilmartin, defending, said: "He had understood they would be alone in the house and when he heard other people he panicked.

"As he was heading into the bedroom he heard other people. He panicked and thought he was going to be assaulted and robbed and took a knife out.

"At that point he grabbed and pushed the complainer into the bedroom. He accepts the knife was in his hand and made contact with the complainer."