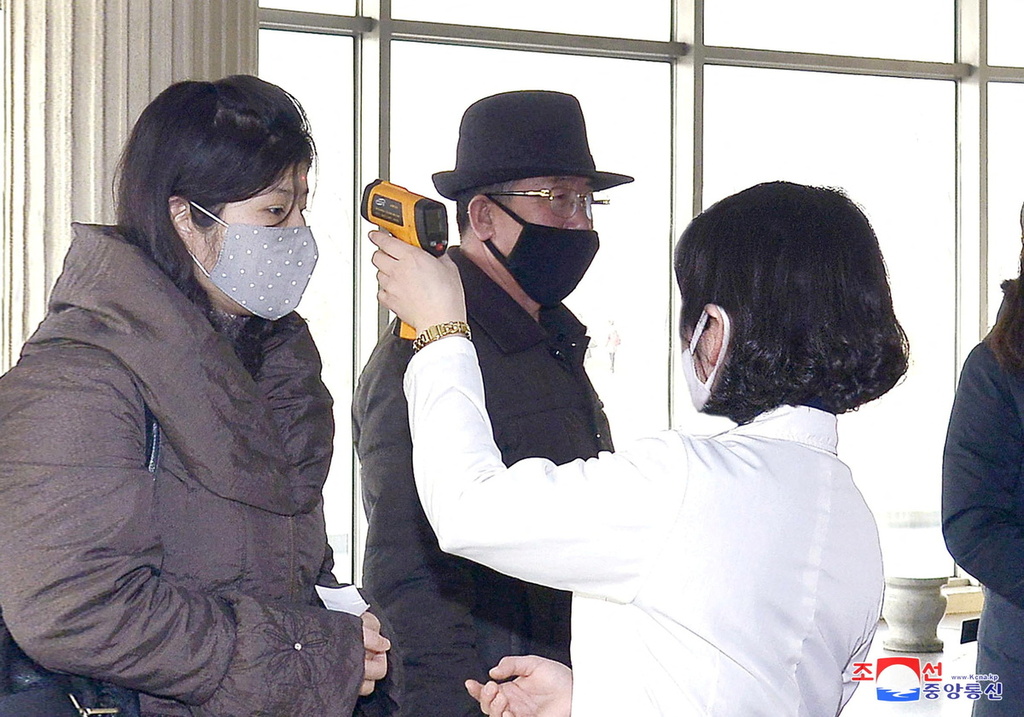 North Korean leader Kim Jong-un has called the Covid outbreak, that has now seen more than 280,000 people treated with…

The Guardian - UK
One subscription that gives you access to news from hundreds of sites
N.Korea reports 15 more deaths from 'fever' amid Covid outbreak

The Biden administration says it currently has no plans to share COVID-19 vaccines with North Korea, Reuters reported citing White…

Benzinga
Get all your news in one place
Latest World news: 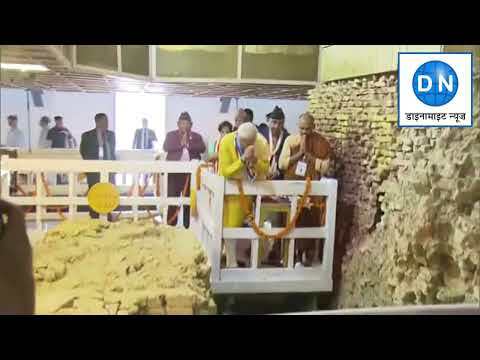 Dynamite News
Buffalo mass shooting: What we know so far

By Kang Jin-kyu and Cat Barton

Two days after confirming its first cases of Covid-19, the government said more than half a million people had been sickened nationwide.

Despite activating its "maximum emergency quarantine system" to slow the spread of disease through its unvaccinated population, North Korea is now reporting tens of thousands of new cases daily.

On Friday, "over 174,440 persons had fever, at least 81,430 were fully recovered and 21 died in the country", the official Korean Central News Agency reported.

North Korea confirmed Thursday that the highly contagious Omicron variant had been detected in the capital Pyongyang, with Kim ordering nationwide lockdowns.

It was the government's first official admission of Covid cases and marked the failure of a two-year coronavirus blockade maintained at great economic cost since the start of the pandemic.

The report did not specify whether the new cases and deaths had tested positive for Covid-19, but experts say the country will be struggling to test and diagnose on this scale.

North Korea has said only that one of the first six deaths it announced Friday had tested positive for Covid-19.

"It's not a stretch to consider these 'fever' cases to all be Covid-19, given the North's lack of testing capacity," said Cheong Seong-chang of the Sejong Institute.

"The actual number of Covid cases could be higher than the fever figures due to many asymptomatic cases," he said, adding that the pace of infection was growing "very fast".

Kim said Saturday the "crisis" was causing "great upheaval", as he oversaw a second Politburo meeting in three days to discuss the situation, KCNA reported.

"The spread of malignant disease comes to be a great upheaval in our country since the founding of the DPRK," he said, referring to North Korea by its official name.

Kim is putting himself "front and centre" of the country's Covid response, said Leif-Eric Easley, a professor at Ewha University in Seoul.

"The language he's used suggests the situation in North Korea is going to get worse before it gets better," he told AFP.

"Engagers see this rhetoric preparing the way for international assistance, but Kim may be rallying a population on the verge of further sacrifice," he added.

The meeting of the nation's top officials discussed medicine distribution and other ways of "minimising the losses in human lives", KCNA said.

North Korea has a crumbling health system -- one of the worst in the world -- and no Covid vaccines, antiviral treatment drugs or mass testing capacity, experts say.

But the country will "actively learn" from China's pandemic management strategy, Kim said, according to KCNA.

China, the world's only major economy to still maintain a zero-Covid policy, is battling multiple Omicron outbreaks -- with some major cities, including financial hub Shanghai, under stay-at-home orders.

North Korea has previously turned down offers of Covid vaccines from China and the World Health Organization's Covax scheme, but both Beijing and Seoul issued fresh offers of aid and vaccines this week.

Kim's comments indicate North Korea "will try getting supplies from China", said Yang Moo-jin, a professor at the University of North Korean Studies.

So far, Kim said Saturday, North Korea's outbreak was not "an uncontrollable spread among regions" but transmission within areas that had been locked down, KCNA said.

Despite its Covid outbreak, new satellite imagery indicates that North Korea has resumed construction at a long-dormant nuclear reactor.

"I can't tell you when the reactor will be ready to go, but it is about 10x larger than the existing reactor at Yongbyon," Jeffrey Lewis of the Middlebury Institute of International Studies wrote in a Twitter thread Saturday.

It would produce 10 times more plutonium for nuclear weapons, he said, adding: "This would make good on Kim's pledge to increase the number of nuclear weapons."

The United States and South Korea have warned that Kim is preparing to conduct another nuclear test -- which would be the regime's seventh -- and that it could come any day now.

Analysts have warned Kim could speed up his nuclear test plans in a bid to "distract" North Korea's population from a disastrous Covid-19 outbreak.

North Korean leader Kim Jong-un has called the Covid outbreak, that has now seen more than 280,000 people treated with…

The Guardian - UK
One subscription that gives you access to news from hundreds of sites
N.Korea reports 15 more deaths from 'fever' amid Covid outbreak

The Biden administration says it currently has no plans to share COVID-19 vaccines with North Korea, Reuters reported citing White…