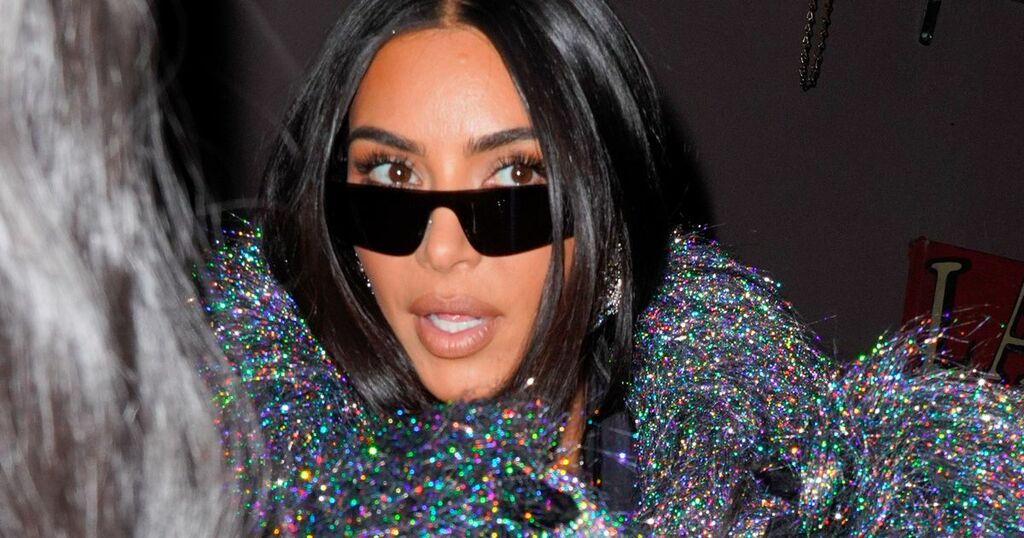 Kim Kardashian stole the show once again as she wore a huge coat to dinner with the Saturday Night Live crew on Tuesday evening.

The reality TV star is set to make her hosting debut on the show made a big fashion statement as she rocked up to Lattanzi Cucina Italiana in a fetching shaggy coat.

The 40-year-old wore the cosy grey number which fell just below her knees in a bid to beat the autumnal weather.

The coat accentuated the all-black look Kim once again donned after shocking viewers of the Met Gala with her similar choice of outfit.

This time however, the business mogul's face was visible, although she did pair the outfit with a large pair of black sunglasses.

The appearance marks the countdown to her hosting duties of the popular stateside show, which she claimed to be feeling the "pressure" from last week.

The mum-of-four took to Instagram to thank friend and designer Jeff Leatham for his flowers ahead of the show on Saturday. She wrote to her pal in a caption saw by 257 million followers: "Thanks so much for sending me these flowers. That is so amazing and I absolutely love them."

She added: "The pressure!"

The star is said to have been getting help preparing for the show by her estranged husband Kanye West.

Although Kim filed for divorce in February, the pair have been publicly supporting each other a lot in recent months, with Kim even dressing as a bride for one of the rapper's album listening parties.

It's been rumoured that t he pair are set to work on their differences and reconcile.

The latest move from Kanye comes as the duo are both in New York City. A source told Page Six : "Kim is nervous about hosting SNL. It's a big challenge but she is determined to be a success.

"Kanye is quietly advising her on her performance, her opening monologue, even her costumes for the show."

Rehearsals for the show are expected to start on Wednesday.

Her scheduled appearance on the show hasn't been well received by all viewers, including Will & Grace star Debra Messing.

The 53-year-old actress took to Twitter following the announcement to ask if she was "missing something".

She said: "Why Kim Kardashian? I mean, I know she is a cultural icon, but SNL has hosts, generally, who are performers who are there to promote a film, TV show, or album launch."

While Keeping Up With The Kardashians came to an end earlier this year, the famous family have began filming their next project, which is set to be aired on Hulu.

Kim, along with sisters Khloe and Kourtney, was spotted last week stomping around Los Angeles in their finest clothes while an army of cameras and crew trotted after them.