Kim Kardashian fans have piled in on the star for her latest ad blunder.

The reality TV star, 41, took to Instagram to promote a new range of vegan food, making a joke about her fantastic taste.

However, her Instagram followers were quick to point out she doesn't actually appear to taste the product despite saying how nice it is.

In the promo for Beyond Meat, the SKIMS founder discussed the benefits of going plant-based and said: "I believe so much in the mission of Beyond Meat that I’ve stepped in to help with my greatest asset - my taste.

"This plant-based meat is not only amazingly delicious, but it’s also better for you and better for the planet."

As the food is presented to platinum blonde Kim on a silver platter she mimics chewing and explains how nice the burger is.

As more dishes, including meat-free sausages, are presented Kim exclaims: "So good."

But fans weren't going to let the fact the burger remained perfectly intact slip by and took to the comments section to call out the star.

One user wrote: "This is beyoooond meat, so good you don’t even have to eat it."

Another chimed in and commented: "I ain’t buying it cause you ain’t really eating it," followed by a crying with laughter emoji face.

A third responded: "You don’t even try this food(ish).."

However, not everyone was there to blast the star's ad, with over one million of her followers liking the post and many leaving positive comments.

One of her followers commented: "As a vegan it’s soooo good & I’m so happy you’re repping them. Best burgers ever!!"

Kim isn't the only star to be promoting the brand either with Peter Andre cashing in on "chipolata-gate" in another ad for the product.

The 49-year old Mysterious Girl singer posed with a selection vegan sausages and burgers at the launch and offered tips on how people can create, cook and host a summer BBQ using plant-based products.

Peter was said to be angry that he was dragged into the trial between Colleen Rooney and Rebekah Vardy and according to an insider was struggling with the resurfaced story about his manhood - years after it originally circulated.

"Peter is livid. This whole thing has been really hard on him and the family, but it's made him think about the wider story - and that is that other people shouldn't be allowed to talk about others in this way," the source told new! magazine. 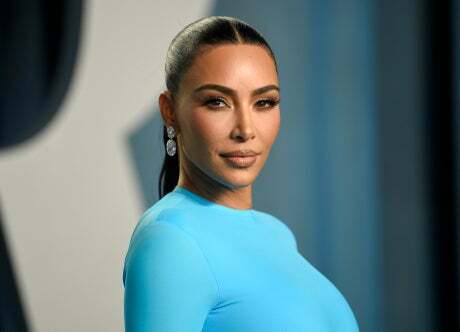 ‘That hamburger isn’t even bitten into’

The Independent UK
Did Kim Kardashian Really Think Fans Wouldn’t Notice Her Fake Chewing In This Beyond Meat Ad?