Killers could still walk early despite error being unearthed 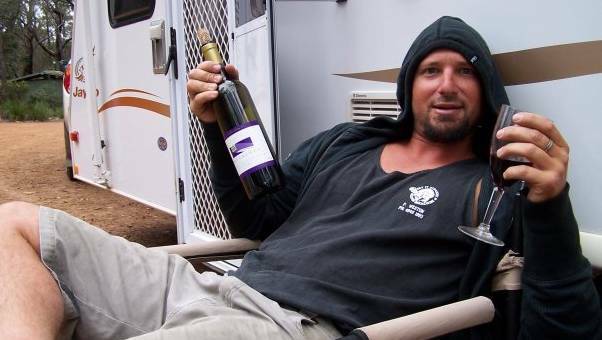 Two Canberra killers could be released from jail nearly a decade before the end of their sentences despite a court recently finding they should have lost any entitlement to apply for parole.

Cases relating to axe murderer Marcus Rappel and fellow convicted killer Kai Yuen are among 21 in which non-parole periods have been given to ACT offenders sentenced for crimes committed in lawful custody.

The cases are listed in a recent ACT Supreme Court judgment, with Justice Chrissa Loukas-Karlsson noting that the imposition of non-parole periods for such offences is prohibited by territory law.

The relevant sentencing provision has been overlooked for more than a decade, with courts routinely adding time to offenders' jail terms and resetting their non-parole periods when they carry out crimes behind bars.

Rappel, 47, was originally sentenced to imprisonment for 32 years and two months for crimes including the murder of his former partner Tara Costigan.

He was given a non-parole period of 26 years.

Once locked up in Canberra's Alexander Maconochie Centre, he took part in the bashing of two brothers.

This earned him an additional six years in jail, and another three years without a shot at parole.

The murderer was then sentenced last year to another six months for an assault on a prison guard, with his non-parole period reset to include an extra three months.

The end result was that Rappel's total sentence was set to expire in October 2053, with no possibility of him being released until May 2044.

Justice Loukas-Karlsson's recent judgment lists the latter two of Rappel's matters as ones in which non-parole periods were imposed contrary to a provision of the ACT's Crimes (Sentencing) Act.

Given Rappel's original non-parole period was automatically cancelled by the imposition of the subsequent sentences, he should have been disentitled to any possibility of early release.

The issue has also arisen in terms of Yuen, who was not sentenced for the 2010 shooting murder of his former friend, Brendan Scott Welsh, until he had already bashed another prisoner while on remand.

Yuen was sentenced to 28 years behind bars for his crimes, with a non-parole period of 20 years.

An extra year without parole was imposed when Yuen was sentenced to further jail time over the 2017 stabbing of a fellow inmate in Canberra's jail.

The 37-year-old's total sentence does not expire until October 2040.

His non-parole period, to which he should not have been entitled because of his offending behind bars, is set to end in October 2031.

The pair's sentences are unlikely to change despite the identification of their matters as ones in which an aspect of the law has not been correctly applied.

In response to a query from The Canberra Times, ACT Director of Public Prosecutions Shane Drumgold SC said his office's examination of the 21 previous cases had "not identified a clear appealable point".

"Further, considerations of the impact of this [new judgment] on historic cases must be balanced against the principle of finality, which states 'the underlying public interest is ... that there should be finality in litigation and that a party should not be twice vexed with the same matter'," Mr Drumgold said.

"It has been determined by this office that, absent special circumstances, this balance does not support an application to reopen historic proceedings."