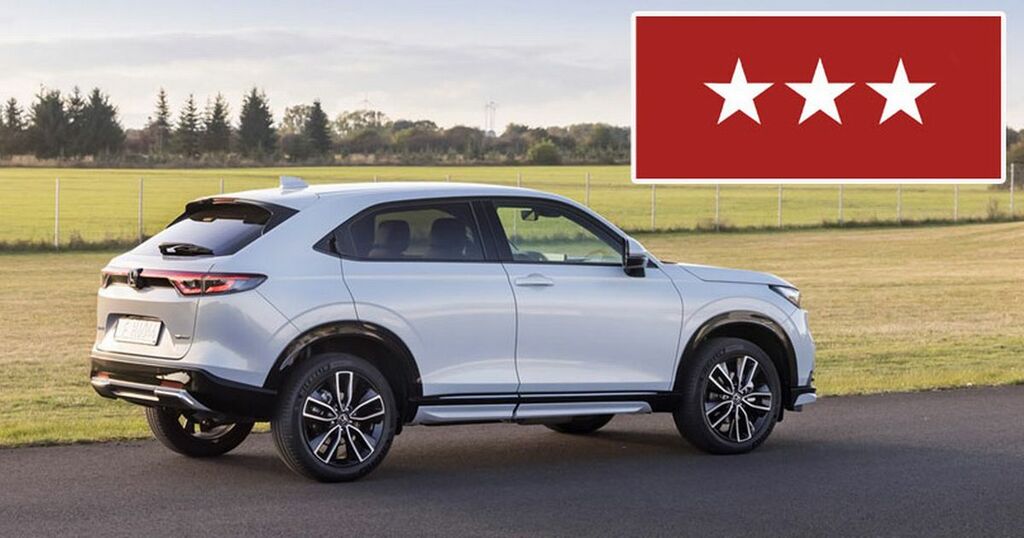 Daily Mirror
Alpine A110 review: Two-door sports car keep its good looks and has an upgrade inside

Colin Goodwin says Renault's Alpine sports car has kept its good look while having an upgrade inside. Its price is…

It may come with some nice green tricks, but in the end I didn’t have that old desire to drive…

The Independent UK
One subscription that gives you access to news from hundreds of sites
Auto review: Larger, more lavish, and eco-friendly, the 2023 Kia Sportage proves far more fascinating
If vehicles like the Kia Telluride, Sorrento and Soul have proven anything, it’s that Kia is hitting its stride. If…

An update on this week’s battleground primary results
Welcome to the Thursday, May 26, Brew.

Ballotpedia
Read news from The Economist, FT, Bloomberg and more, with one subscription
Learn More
Find Your Midlife Transcendence

Two choices can help ensure that your life gets better in middle age.

Mic
From analysis to good news, read the world’s best news in one place
How to create Latin American flavor

Salon
Jumping Worms, The ‘Evil Twin’ Of Earthworms, Showing Up In California, Elsewhere

A friend dropped a bombshell on me a couple of weeks ago. He’s ordered a new Kia Sportage PHEV. His Ford Focus, at nearly 20 years old, is on the verge of being ­recycled into saucepans so a new family car is needed.

His choice of the Kia is a sensible one, the bombshell bit is that for the last year I’ve been trying to nudge him towards a classic Porsche 911 that I, er, might be able to enjoy with him.

Kia used to make bargain machines, undercutting rivals from Europe and Japan. Now that’s no longer the case. The Poundlands of the motoring world are Dacia and MG these days, and it’s no coincidence in these times of financial pressure they are doing exceptionally well.

So my pal’s Porsche could be on indefinite hold because the Sportage PHEV is not cheap.

Kia usually runs a very straightforward naming system for its trim levels, but has gone off track with this car because instead of ‘1’, ‘2’, ‘3’ and ‘4’ the PHEV range starts at GT-Line, goes to ‘3’ then ‘4’ and finishes with the flagship GT-Line S.

We’re testing the cheapest model which will set you back £38,395. Just out of interest, the dearest GT-Line S costs £43,795. When I asked my mate which one he’d ordered the other day, he couldn’t remember.

He’s buying his Sportage PHEV with cash as he’s a private punter and doesn’t want finance.

It’s just a shame he’s not a business user because this Kia is hugely attractive as a company car thanks to a seriously low BIK tax rate of 8%.

Very few rivals can match that (the PHEV version of the Volkswagen Tiguan has a 14% rating) and although the Kia looks a bit dear compared to rivals, the actual outlay when it’s used as a company car will be considerably lower.

Combined power output for the two is a total of 261bhp. All are four-wheel drive via an automatic gearbox.

It’s the 13.8kWh battery – which gives the Sportage a maximum electric range of 43 miles – that helps put this car in such a low tax bracket, with Co2 emissions of only 25g/km. Naturally, you’ll struggle to achieve that electric range in the real world but mid 30s should be possible, especially with plenty of urban and non-motorway driving.

The battery not only adds 330kg to the Sportage over the lightest petrol version, but also nicks a bit of luggage space – 40 litres to be exact.

But fortunately the Sportage has a boot of generous size so even with that subtraction there’s still 540 litres to fill.

You also lose a bit of foot room in the back but your passengers will hardly notice. But the extra weight is noticeable as there’s more body roll than you get in the non-PHEV models.

That’s made up for by impressive performance, with 0-62mph in only 7.9secs.

Ragging around in Sport will sap battery power quickly which means the petrol engine will need to do more work and so your MPG will drop. In Eco the car is quite sluggish so we tended to leave it in Automatic.

The new Sportage features traditional buttons and dials for the functions that are most often adjusted – very sensible.

The controls on this lower panel (separate and below the infotainment section) take a bit of getting used to, but once you’ve sussed them to select the heating controls it’s quite straightforward.

I’d much rather my friend had spent his money on an old Porsche and taken my advice to buy a used Skoda Superb PHEV as his family car.

But I think he will be pleased with his Sportage PHEV.

Daily Mirror
Alpine A110 review: Two-door sports car keep its good looks and has an upgrade inside

Colin Goodwin says Renault's Alpine sports car has kept its good look while having an upgrade inside. Its price is…

It may come with some nice green tricks, but in the end I didn’t have that old desire to drive…

The Independent UK
One subscription that gives you access to news from hundreds of sites
Auto review: Larger, more lavish, and eco-friendly, the 2023 Kia Sportage proves far more fascinating
If vehicles like the Kia Telluride, Sorrento and Soul have proven anything, it’s that Kia is hitting its stride. If…