By Adrian Padeanu
Kia
Listen to this article

Kia set up shop in the United States back in 1993, but it wasn't until the 2010s that it started to gain traction thanks to significantly improved products. Fast forward to 2022, the South Korean brand has reached an important milestone by delivering the 10 millionth vehicle – an EV6 electric crossover finished in Runway Red. The car was purchased by Monti Charoenphong from Car Pros Kia Moreno Valley in Moreno Valley, California.

Luckily for her, she didn't spend a single dime on the car. Yes, Kia decided to gift her the shiny new EV and provide complimentary access to a future NBA and Kia Forum event. In addition, the company is making a $10,000 donation to non-profit organizations, including the Alzheimer's Association, St. Jude Children's Research Hospital, and Freedom Service Dogs of America.

A sister model of the Hyundai Ioniq 6 and Genesis GV60, the EV6 is just one of the many models Kia is selling these days in the US. When it arrived locally, the company only had two vehicles on sale, but the lineup has grown tremendously in the nearly three decades that have passed. From the tiny Rio hatchback to the large Telluride, the portfolio is covering nearly all the bases. Not only that, but electric pickup trucks are on their way to further diversify the portfolio.

Another addition to the range will be the EV9, a three-row electric SUV with 300 miles of range set to go on sale in 2023 and cost approximately $50,000. On the flip side, the future isn’t looking so great for the Stinger as rumors about its cancellation after a single generation have been swirling around for years. Although the consensus is it’s a great BMW 4 Series Gran Coupe alternative, low sales numbers are likely to put an end to the sporty liftback.

Further down the line, Kia aims to go EV-only in key markets by 2040 after ditching the combustion engine in Europe by the middle of the next decade. 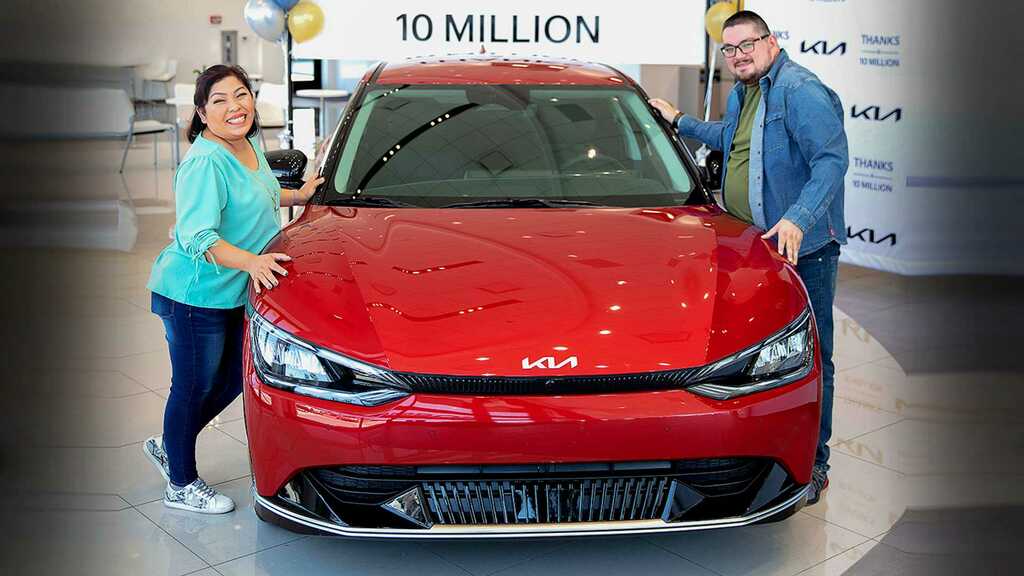 Kia's 10 Millionth Vehicle Sold In US Is This Runway Red EV6
The Korean automaker opened its first dealerships in the United States in 1992, selling the Sephia sedan, and now it…

InsideEVs
One subscription that gives you access to news from hundreds of sites
Comparing Tesla Model S To The Kia EV6: Does It Make Sense?

The Tesla Model S is a roomy hatchback that's the benchmark among EVs. Meanwhile, the spacious Kia EV6 crossover has…

InsideEVs
Kia EV6 bookings to open on May 26

Kia is set to announce the prices for the India-spec EV6 on June 2. The premium crossover, the first