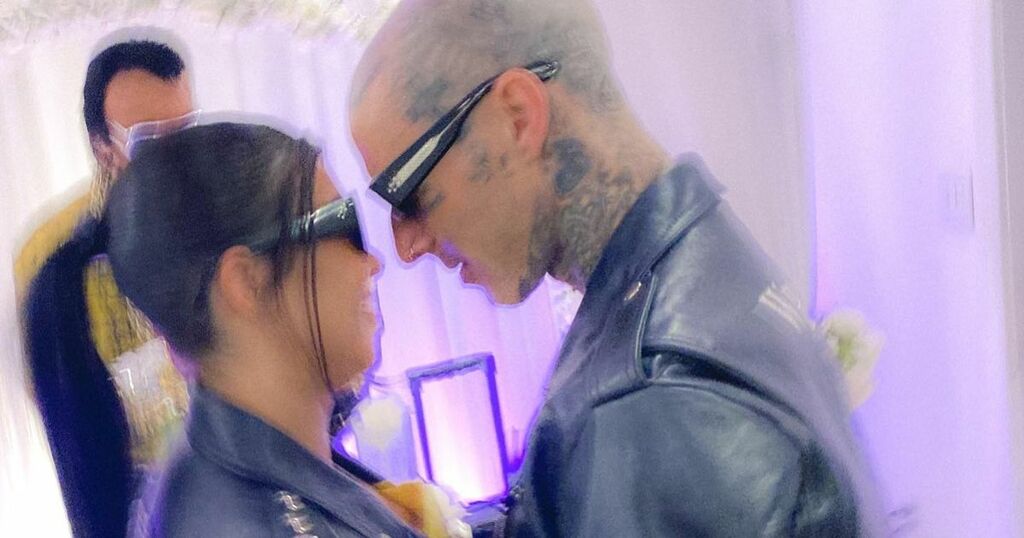 Blac Chyna has marked her birthday by getting baptised in a swimming pool, surrounded by outside children's play equipment, after…

‘After all you’ve been working towards to show regular day to day women who are incredible...this is what you do?’ Khloe Kardashian took to Instagram today to share videos of her hitting the gym - leaving fans speculating whether she had had work done.

But eagle-eyed fans were quick to spot that the reality TV star looked skinnier than usual, and even wondered whether she had had surgery to make her bum look smaller.

This isn't the first time in recent weeks that fans have noticed the star's smaller rear end; in October 2021, a photo taken on the set of SNL showed such a drastic transformation that some wondered whether she had had butt implants removed, despite the star denying ever having had them in the first place.

Khloe famously delved into an intense fitness regime several years ago, sharing her progress on social media and releasing the 2015 book Strong Looks Better Naked, detailing her journey to become her best self.

And this year, with her fitness journey becoming more intense than ever, fans have expressed concerns that the star is becoming too thin.

Reacting to an earlier Instagram story posted by the star, one fan asked on Twitter : “Did Khloe have her butt taken out?”

Meanwhile another commented on a post uploaded to the 37-year-old's feed: "This is too much Khloe."

The Kardashian family have a long and chequered past with body image issues, from extreme exercise routines to promoting diet pills and teas.

The family have also been accused of keeping the full extent their plastic surgery procedures under wraps.

The social media mogul claimed she had lost 16lb - over 7kg - in under a month in order to squeeze into the iconic dress.

The Keeping Up With The Kardashians star said: "It was like preparing for a role."

However, Kim was quick to receive backlash, most notably from Riverdale actress and body positivity advocate Lili Reinhart.

"To openly admit to starving yourself for the sake of the Met Gala. When you know very well that millions of young men and women are looking up to you and listening to your every word. The ignorance is other-worldly disgusting," Lili wrote of the controversial claim.

Blac Chyna has marked her birthday by getting baptised in a swimming pool, surrounded by outside children's play equipment, after…

‘After all you’ve been working towards to show regular day to day women who are incredible...this is what you do?’