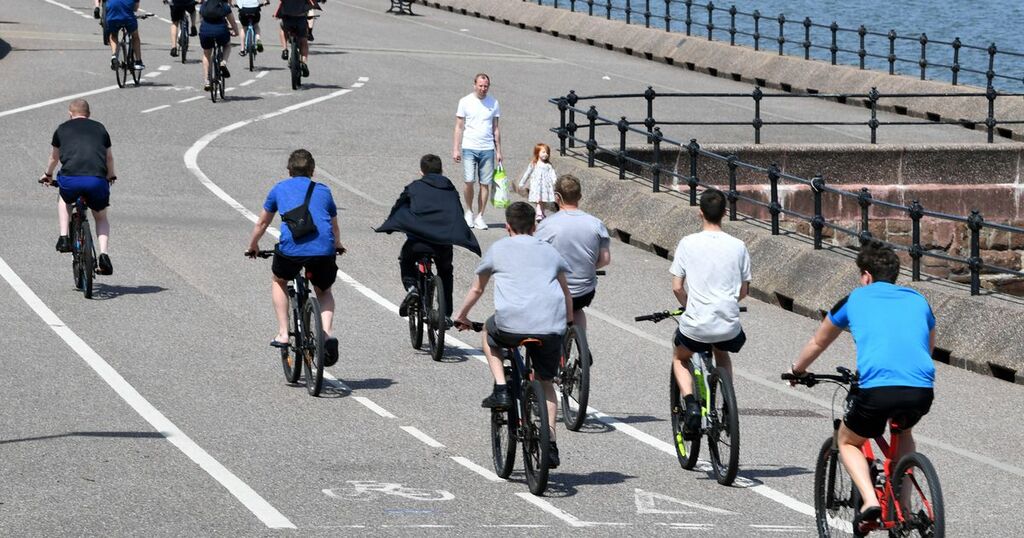 The councillor spearheading Wirral Council’s climate change response almost quit due to the authority’s failings in tackling the huge problem.

In 2019, Wirral Council declared a climate emergency, a clear commitment to tackling perhaps the biggest challenge the human race has ever faced.

But Labour councillor Liz Grey, chair of the council’s Environment and Transport Committee, does not think the authority is going quickly enough to address this major issue.

Cllr Grey said: “I feel like I’m fighting in a current trying to get the message across.

“Look at the data around the world at the moment, this is massive, it’s the biggest thing in our lifetimes and people aren’t bothered.”

Among her main frustrations were moves by opposition parties, mainly the Conservatives, to block key environmental policies.

But Cllr Tom Anderson, leader of the Conservative group on the council, said Cllr Grey would achieve more if she stopped lecturing and started listening to people.

Last month, the council’s Decision Review Committee agreed to bring in new parking charges and adopt a new standard £1 per hour rate, with a £5 per day maximum charge, for all council-run car parks in the borough.

The council also stopped spraying and raking Hoylake beach in 2019. Both decisions have faced Conservative opposition.

The Labour councillor added: “The Tories will block any little move, little things like car parking charges which deter people from driving a little bit, not raking the beach, each on its own has a small impact, but with a collective effort we would reduce greenhouse gas emissions as a borough and do our bit to keep to the Paris Agreement.

“There is a much, much bigger problem people need to worry about, but I’m often accused of just making a fashion statement, that’s what some politicians think and what quite a few officers might think.

“There are quite a few who don’t want the inconvenience and unpopularity [that goes with certain decisions], well tough, explain why you’re doing it and it might not be unpopular.”

A major part of Wirral Council’s plans to tackle climate change is encouraging people to drive less and cycle, walk and use public transport more.

On this, Cllr Grey said: “We need to be honest, we are trying to make it more difficult for people to drive, because it’s a bad habit. I know because I have it, we need to get rid of unnecessary journeys, because many journeys we do are unnecessary.

“Unless you have certain conditions or you’re heavily pregnant, you can cycle. If we have rolled out cycle lanes in 10 years time and if we’ve brought speed limits down I’ll be proud that we have better air quality and healthier people.

“We will look back in years to come and say we’re proud we did that.”

Another area of major importance is the huge regeneration plans for Birkenhead, which include top-quality office space, more than 600 homes and a new home for Birkenhead Market.

Cllr Grey said the use of solar panels for energy production and district heating networks to reduce energy consumption in the regeneration projects would be very important in the fight against climate change.

On existing houses, she felt there was an issue with inefficient homes where heat just leaks out and that although there will be no new gas boilers in the future, the government needs to do something about existing housing stock now.

Returning to the core issues which have caused much debate in Wirral, Cllr Grey added: “I know there is hostility towards cycle lanes, parking charges and longer grass verges, and some people are unaware of the need for change and think 'I’ve paid my Council Tax why is this not being done'?

“Politicians should be saying 'dear residents, we’re doing it to protect biodiversity, the impact on the food chain and the impact on animals'.

“Every time grass is cut, vehicles have to be transported there, they use diesel while they’re cutting, it ticks all the boxes to leave some grass and allow rewilding in places.”

What do the other parties think?

Responding to the Labour councillor’s comments, Cllr Tom Anderson, leader of the Conservative group on Wirral Council, said: “Cllr Grey is well aware that all parties are signed up to tackling the climate crisis and, nationally, the UK has reduced carbon emissions by more than any other major economy.

“There is more to do but you won’t achieve that by berating people.

“I’m not sure what Cllr Grey hopes to achieve by her various statements this week. Local councillors are elected to serve their residents and make sure decisions reflect their concerns.

“Perhaps if Cllr Grey stopped lecturing and started listening, she would achieve more. On Tuesday, and clearly distressed, Cllr Grey urged us to work together, [now] she seems to be doing her best to cause division. What a shame.”

Liberal Democrat councillor Allan Brame said: “Cllr Grey is right that we need to persuade people to drive less, but that will require attractive alternatives.

"We need more frequent, reliable bus services and safer, segregated cycle lanes to give people the confidence to leave their car at home.

“To encourage the switch to electric vehicles, we need to make sure there are accessible charging points, the council could install charging points in places such as the car park at the Williamson Art Gallery.”

Cllr Brame added: “It is the council’s role to encourage people to make the small changes in our lifestyle, which cumulatively can have a significant impact.

"And to achieve that, it is vital that different parties work together. This is no time for petty political point-scoring.”

Cllr Pat Cleary, leader of the Greens on Wirral Council, said: “What’s lacking is a culture change in the council which is needed to drive it forward.”

Cllr Cleary also said the local authority’s Birkenhead regeneration plans needed to be ambitious and criticised it for not pushing for solar panels on the new office buildings in the town.

But the Birkenhead and Tranmere councillor praised certain parts of the regeneration agenda, including the plan for a new park, currently known as Dock Branch Park, on a disused railway track.