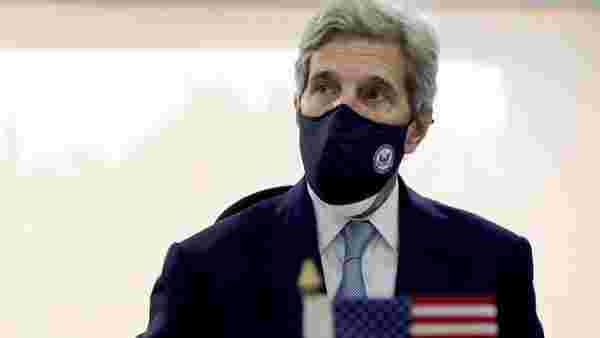 NEW DELHI : India should announce its plans to develop 450 gigawatts of energy from green sources as a “nationally determined contribution (NDC)" that will commit New Delhi to stick to this goal, US special presidential envoy for climate John Kerry said on Tuesday.

Part of the visit was aimed at exploring opportunities to finance India’s “ambitious" goal of generating the power that it requires from green sources and abandoning coal, which the US envoy described as “dirtiest fuel in the world", as he wound up his three-day visit with a press conference in New Delhi.

One of the high points of the visit, Kerry’s second since being named US special presidential envoy on climate earlier this year, was the launch the Climate Action and Finance Mobilisation Dialogue (CAFMD) under the India-US Climate Clean Energy Agenda 2030.

Generating 450GW of energy from green sources is an “aspirational" target, something India aims to achieve by 2030 but may not be able to, according to New Delhi. India is already generating 100GW from renewable energy, according to government statements.

“I think we had a terrific agreement with all of the ministers I met who are deeply committed to making sure that India is doing its part and that our partnership is growing and thriving…. Clearly, finance is going to be a critical component for the choices that India needs to make" to adapt and mitigate climate change challenges, Kerry told reporters in New Delhi.

“In addition to that the technology is going to be critical. We agreed to work together on technology," he said.

“We want to work very closely to help, do whatever we can to accelerate the deployment of 450GW of renewable energy. Why? Because it’s a big number. It’s an ambitious goal and India as a developing nation, if it succeeds, and it will I believe, it will be a major contribution by a developing country to keep the world’s temperature increase … at 1.5 degree Celsius," Kerry said.

Last month, an intergovernmental body examining climate change warned that the global average air temperature may rise by more than 1.5 degree Celsius over pre-industrial levels between 2021 and 2040.

“I personally urged that the government (of Prime Minister Narendra Modi) think about frankly announcing that as part of an NDC," the envoy said referring to the upcoming climate change summit to be hosted by the UK in Glasgow in November.

NDCs are central to the 2015 agreement arrived at by countries at the Paris climate change conference. They “embody efforts by each country to reduce national emissions and adapt to the impacts of climate change", the UN Framework Convention on Climate Change said on its website. The pact reached in Paris “requires each party (country) to prepare, communicate, and maintain successive nationally determined contributions that it intends to achieve," it said, indicating that countries would be judged by their fulfilling their NDC targets.

Under the 2015 Paris Agreement, India has pledged to reduce emissions intensity of gross domestic product by 33%-35% below the 2005 level by 2030 and raise the non-fossil share of power generation capacity to 40% by 2030. India, however, maintains that developed countries that have historically contributed the most to global warming and reaped the benefits of industrialization should bear more responsibility for battling the climate crisis than developing countries.