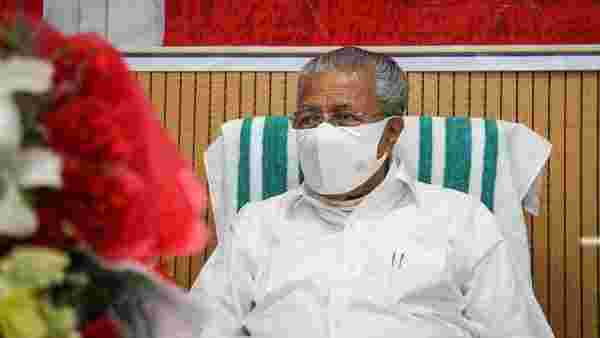 To take stock of the spread of coronavirus among the people in Kerala, the state government is conducting a seroprevalence study, according to reports.

Kerala Health Minister Veena George said the study began earlier this month and is expected to be completed by September-end.

The study would help understand the Covid seropositivity rate among various age groups including children, George said while speaking to reporters.

"The Health Department is conducting the seroprevalence study. It is expected to completed by this month end. It will be carried out among children as well as adults," she added.

Asked about the school reopening in Kerala, George said the study would help understand the seropositivity among children and the government would take further decisions about it after the study.

The study report would be submitted to the CM, General Education and other concerned officials, who would take a call on the reopening of schools after that.

On the concerns regarding Nipah virus, reported in Kozhikode last week, she said all the samples tested so far had turned out to be negative, which is a matter of relief.

"Source tracing is equally important as that of the contract tracing. A special team from the National Institute of Virology is already collecting samples from the state to identify the source of the spread of the virus infection," she said.

However, the minister said the ongoing strict vigil and the restrictions in the affected areas would continue for some more time. Chief Minister Pinarayi Vijayan on Friday said his government had conducted a complete house-to-house survey within three-km-radius from the house of the 12-year-old boy who succumbed to Nipah virus on September 5 as part of is fever surveillance.

He said in the survey around 15,000 houses were included from the containment zone and details were sought from around 68,000 people.

State health minister Veena George said 1,51,317 samples were tested in the last 24 hours and the test positivity rate was 16.53 per cent.

Among the districts, Thrissur reported the highest number of fresh cases today--3,226, followed by Ernakulam with 3,034 and Malappuram 2,606. "There are 2,37,643 active COVID-19 cases and of that only 12.9 per cent have been hospitalised," the minister said in a release.

Of those found infected on Friday, 102 reached the state from outside while 23,791 contracted the disease from their contact. The source of infection of 1,012 persons is yet to be traced and 105 health workers are also among the infected, the minister said.

Meanwhile, 23,535 persons recuperated from the disease today, taking the total cured to 40,74,200. There were 4,108 wards in 794 local self government bodies with a weekly infection population ratio above 7 per cent.