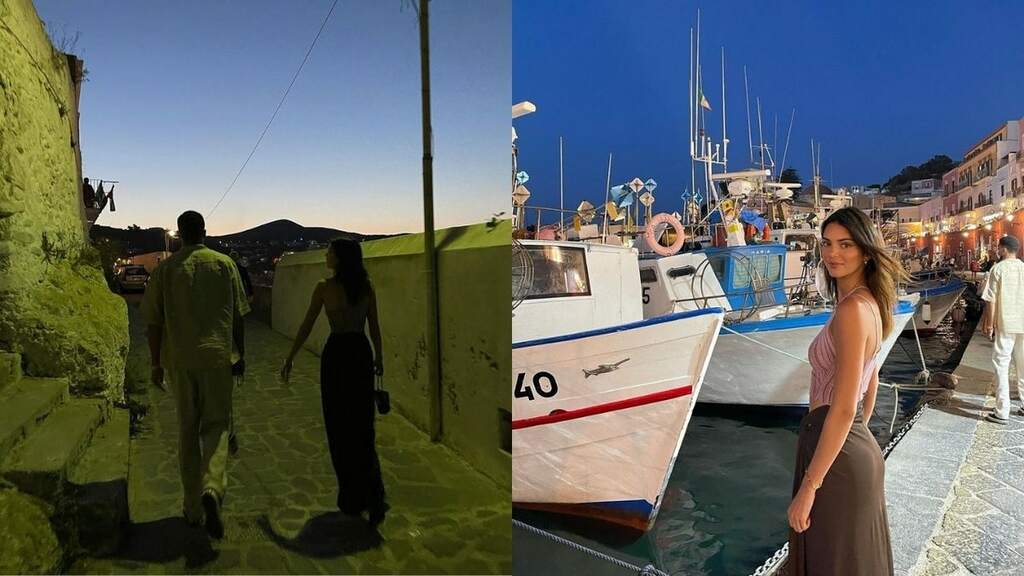 Kendall Jenner has soft-launched her boyfriend Devin Booker on Instagram, and if you don’t know what the heck ‘soft-launching’ a relationship even means, please let me show you one of my favourite terms of 2021.

TikToker and content creator Louis Hanson posted a video on how to ‘soft-launch’ your relationship to social media as part of a cheeky Soft Launch September series, and I’m convinced Kendall Jenner has watched it because her Instagram post really is out here following his steps.

Okay, after you’ve watched that video, look at Kendall’s latest Instagram post of her time in Italy with her boyfriend.

Is it a coincidence that it seems to follow Hanson’s guide???

It may not be an exact replica (no hoodies or art galleries here), BUT we’ve got pictures of the two facing away from the camera, the poor lighting hiding any discernible features, and Kendall’s sneaky hand reaching for her boo. This is a soft-launch if I’ve ever seen one.

I feel like I’m in high school breaking down a text based on some specific analytical framework here, and I’m usually pretty indifferent to Kendall Jenner! Though judging from PEOPLE’s reporting, she and Devin Booker seem to actually be very loved up.

The ~source~ (don’t forget your grain of salt) told PEOPLE that Kendall is “crazy” about Booker, who is a Phoenix Suns player and actually just won a gold medal at the Tokyo Olympics.

“She has never looked happier. Her whole family loves Devin too,” they said.

“Devin is such a cool guy. He is very low-key and doesn’t want to be a celebrity. He is very sweet to Kendall.”

The couple attended a rooftop party at the Sunset Beach Hotel on Shelter Island just before leaving for their Italy trip, and sources say they were very cute together.

“They were laughing, playing around with each other and kept making eye contact throughout the night, and never stayed far away from each other,” a partygoer told PEOPLE.

“At the end of the night, they walked out together hand in hand with nothing but smiles.”

The post Kendall Jenner Has Soft Launched Her Boyfriend On Instagram With A Sneaky Low Light Back Pic appeared first on Pedestrian TV.