Keir Starmer made backroom deal to reinstate Jeremy Corbyn and then broke it, union chief says 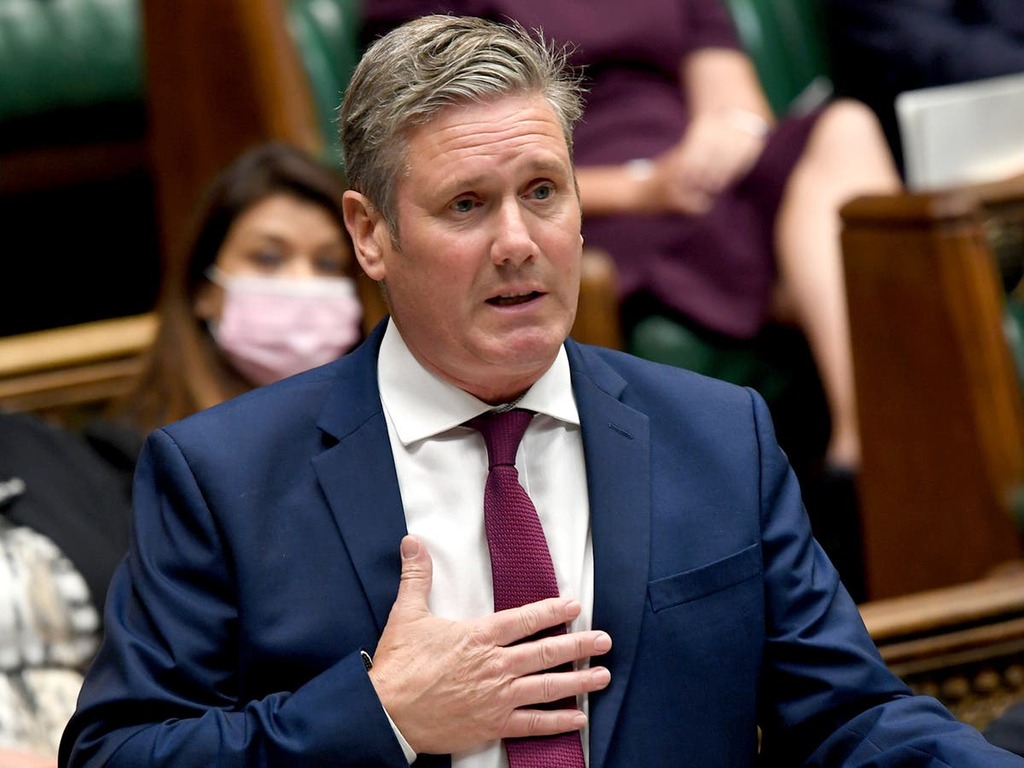 Keir Starmer agreed a backroom deal to lift Jeremy Corbyn's suspension from Labour but then rowed back on it following a backlash, Len McCluskey has claimed.

The former Unite chief warned the Labour leader “risks becoming fixed in the public’s mind as someone who can’t be trusted” – citing both the episode and Sir Keir's decision to abandon some leadership election pledges.

Mr Corbyn was suspended from Labour for his response to the Equality and Human Rights Commission's report into antisemitism in Labour, but reinstated after clarifying his comments.

But the decision caused an immediate backlash, following which Sir Keir said Mr Corbyn would not have the party whip restored. The former leader is now a Labour member and an MP but not a Labour MP.

Writing in the Guardian Mr McCluskey said an "agreed form of words" had been negotiated with Sir Keir's office for Mr Corbyn's clarification, after which it was agreed he would be reinstated.

He said he and other figures on the left had been told by Sir Keir's team that Mr Corbyn's compliance would mean "the suspension will be lifted, after due process, and Jeremy will be back to normal”.

Mr McCluskey also said Sir Keir had indicated on the telephone to him that he had personally suspended Mr Corbyn, rather than the party's disciplinary apparatus acting independently.

In a detailed recollection by the former Unite general secretary, the sitting Labour leader is quoted as having said: “He put me in an impossible position and I had no choice.”

The distinction over who suspended Mr Corbyn is important because the EHRC's report said the Labour leadership should not get involved in the party's disciplinary process.

In an account of a meeting about Mr Corbyn's suspension, Mr McCluskey wrote: “[Labour deputy leader Angela] Rayner began by requesting our discussion be confidential. Given what happened subsequently, I no longer feel bound by that.

“[Left-wing Labour MP Jon] Trickett and I asked if there was a way to negotiate a settlement to avoid an internal war. Starmer replied that he didn’t want a war and was happy to talk about ways to reach a solution.

“He indicated that a clarification statement by Corbyn could be a way of resolving the issue. ‘Are you saying that if we could reach an agreed form of words that both Jeremy and you, Keir, are happy with, then the suspension could be lifted?’ I asked. ‘Yes,’ Starmer said. The others also agreed.”

The former union chief said the form of the statement was subsequently negotiated with Sir Keir's aides.

Regarding the backlash after Mr Corbyn was reinstated, Mr Starmer said: “I don’t know if Starmer was taken by surprise by the backlash, but it soon became clear he was going to crumble

“Starmer reneged on our deal … Corbyn was now told that if he wanted the whip restored, he would have to make an apology – which prompted the question: if an apology was so important to the leadership, why didn’t they include one in the statement they co-wrote?”

Labour did not respond to a request for comment on this story.

In the aftermath of the ECHR report's publication former leader Mr Corbyn had said that “one antisemite is one too many” but that the problem in Labour had been “dramatically overstated for political reasons” by political opponents. The comments caused anger, leading to Mr Corbyn's suspension from the party.

But the former leader later posted a clarification, stating that "concerns about antisemitism are neither ‘exaggerated’ nor ‘overstated’" and that he had only wished to say that "the vast majority of Labour party members were and remain committed antiracists deeply opposed to antisemitism.”". He was reinstated shortly after.