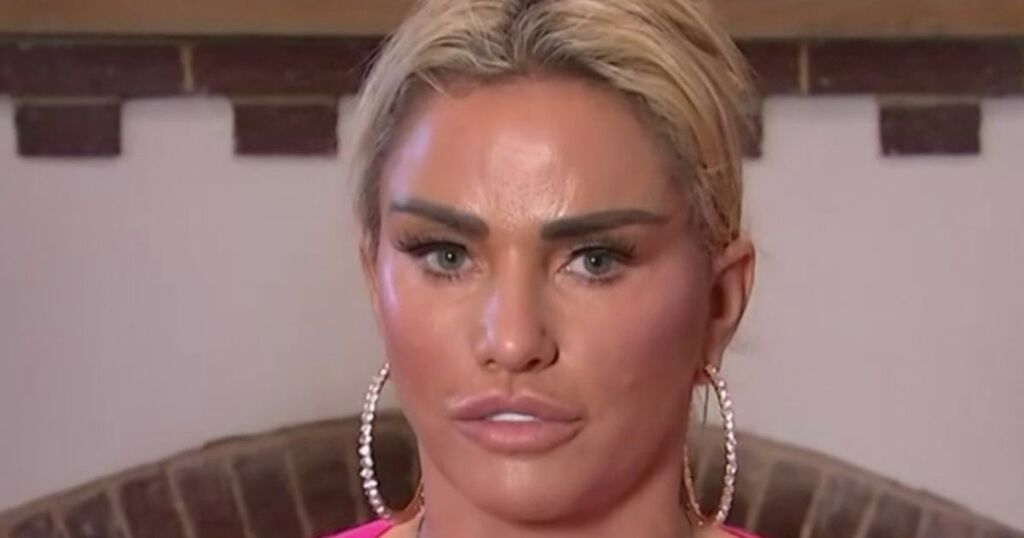 Katie Price was pictured for the first time since she shockingly slammed ex-husband Pete Andre's wife in a furious rant.

In a post that was quickly deleted on Sunday, the former glamour model took no prisoners when she called Dr Emily 'so cringe' and disgusting'.

A few days has passed since her sudden attack on her Instagram Stories and Katie seems to have moved on from it.

The 43-year-old - who shares children Junior, 16, and Princess, 14, with Peter - was spotted braving the cold weather as she took a walk.

In pictures shared with The Sun, Katie was wrapped up warm as she strolled around with a pal and her fiancé Carl Woods.

She kept it casual in a black pair of sweatpants that she wore with bright pink trainers. The star also wore a black hoodie and a black puffer gilet.

Her casual outing comes after Katie had shared a cover of a magazine that featured an interview with Emily.

She made a shocking claim that the doctor prevented Princess from visiting her while she was at The Priory last year.

"My mouth has been shut for so long but I've had enough of people selling stories on me and particularly this so-called woman @dr_emily_official," Katie began.

Katie - who shares children Junior and Princess Andre with Emily's husband Peter - then went on accuse the doctor of "being jealous" of the relationship she has with her eldest daughter.

Katie concluded: "Emily you are not and never will be my kids' parent so mind your own business, your [sic] so two faced and definitely not the person you portray to the public

Emily and Peter share two children of their own - Amelia, eight, and Theodore, five.

The couple have not responded to any of Katie's comments and Emily even appeared on Loose Women the day after to discuss parenting.