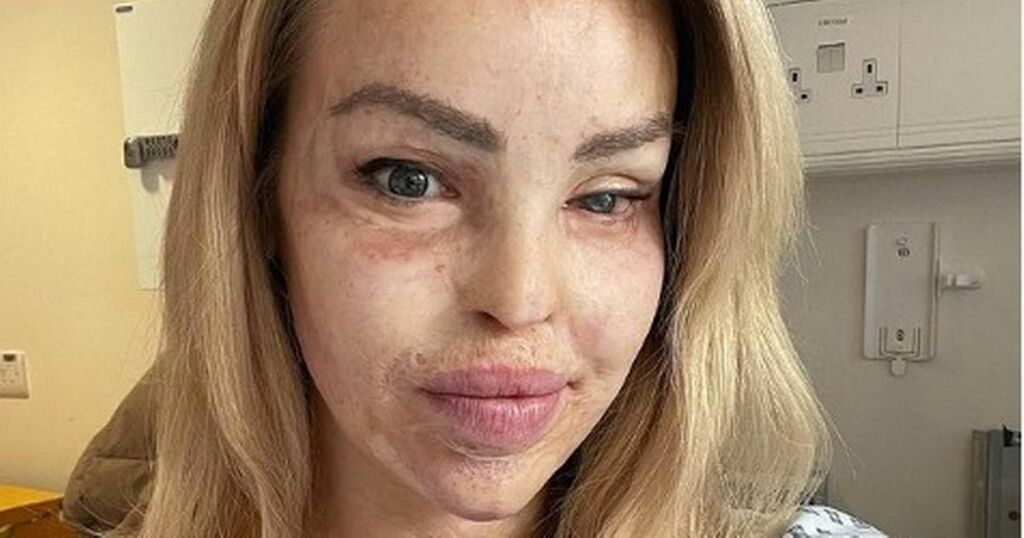 Katie Piper needed an emergency procedure after choking on some food.

The TV presenter and activist is now recovering from her ordeal.

Opening up about what happened on Instagram, she wrote: "SO, last night I choked on some food which led to spasms in my oesophagus, which meant it closed up, meaning I couldn’t swallow even my own saliva and ended up in A&E for an emergency procedure on my oesophagus (not the way to start a week).

"I’ve got a long history of treatment with my oesophagus, I’ve got three strictures of tight scar tissue from what happened previously and this is something I’ve been aware of but hasn’t happened in years.

"But, out of surgery and it went very well and I just ate ice cream which felt heavenly! Huge thank you to the NHS doctors and nurses that did she an incredible job and were so attentive now for a restful day."

The 37-year-old has had almost 400 operations on her oesophagus and face after she was hurt in a terrifying acid attack ordered by her ex.

After sharing what had happened, the star was inundated with support.

While Joe Wicks told her: "Get well soon".

Despite being incredibly brave and open about what happened to her in 2008, Katie was recently forced to hit back at a troll who accused her of having a "designer face".

After an appearance on Sky News to promote her new book, one person wrote on Twitter: "Oh dear. @KatiePiper_ (Katie Piper, who she?) with lips full of Botox and a designer face drawn by surgeons, on the advertising platform called @SkyNews promoting a publication about people needing to be honest with themselves. Couldn't make it up, could you."

She replied: "My face has been rebuilt by surgeons using other parts of my body after my face was melted down to the muscle and Skelton [sic] following an acid attack.

"But regardless, I don't owe you pretty, perhaps use your time more productively than commenting on womens appearance in the internet."

Addressing other comments, Katie penned: "When I first started going out (which took a really long time because I didn't want to leave the house because of people's reactions) men used to shout insults like this and other abuse at me.

"When someone writes something so awful and offensive about someone who is burnt or disfigured like me in the public eye, it makes those with visible differences at home not want to leave the house, like I never used to.

"Seeing someone like me being trolled, will only make them regress further. If it's happening to me, why wouldn't it happen to them?

"You should always learn someone's story and you should never judge someone without knowing what they've been through. You shouldn't judge them regardless, no matter what they look like.

"If someone is doing what makes them happy and they're not hurting you or anyone else, then why do you have the right to comment on their appearance.

"I didn't bring this up because it has personally affected me today. My journey has been a long one, full of incredible ups and downs but I'm out the other side now. I am strong and living a stable, happy life."

She continued: "I am talking about this for the people that don't have a support system, a group of friends, a loving family or just someone helping them to re-join society and live a normal life. This could really affect someone in the most severe way.

"I spend my days via my charity The Katie Piper Foundation seeing how much mental and psychological support it takes after a burns injury, or a disfigurement.

"My volunteers, specialists, nurses and doctors spend years with our patients helping them prepare again physically and mentally for the 'real world'.

"The sad reality is, this is the real world we live in. It was National Suicide Prevention day last week - have we learnt nothing of the damage words can do?

"Whilst many feel this pain, I see this negative attention thrusted mostly upon women. I obviously haven't had work done to my face for a vanity reasons, but even if I had, that is NOT a problem. Why do women always get torn down about their appearance?"