Kate Middleton keen to not 'upstage' Camilla as she is 'aware of hierarchy', says expert 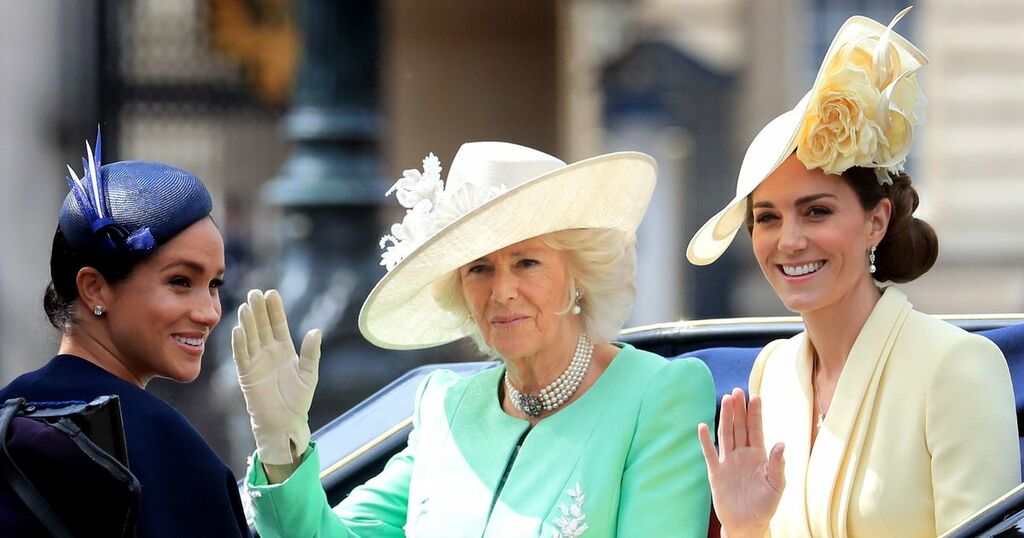 The Duchess of Cambridge's beautiful 40th birthday portraits were described by many as showing a future Queen-in-waiting.

In fact, royal expert Ingrid Seward noted how the images give a nod to Kate rising the royal ranks.

She added: "People look at her and see the perfect queen, young and beautiful."

However, according to Ingrid, Kate will no doubt feel embarrassed by the attention on her position.

That's because ahead of her husband Prince William becoming King, his father Prince Charles will probably take on the role.

At his side will be his wife Camilla, the Duchess of Cornwall, who will become consort.

And Ingrid said Kate has been in The Firm long enough now to know she must not overstep the mark when it comes to hierarchy - and won't want to step on Camilla's toes.

She explained: "Prince Charles is not even King yet and the Royals are very careful about not upstaging each other. Kate will be keen not to upstage Camilla.

“She is aware of hierarchy and that it is Camilla’s turn.

“But she is a wonderful advert for the monarchy, especially globally, and people will see her as the perfect queen.”

However, before Kate becomes Queen, it is expected that she will get a new title.

When Charles becomes King, William will become the heir to the throne and will probably take on the title The Prince of Wales.

It is not a given that William will get the title, as it has to be bestowed upon the heir by the monarch.

However, experts predict it is more than likely that Charles will pass on his title to William.

If this happens, Kate would automatically become the Princess of Wales.

The last person to hold this title was, of course, William's late mother Princess Diana. Charles's second wife, Camilla, decided against using the title out of respect for Diana.

And according to a source, if and when this is to happen, it would be an emotional moment for William.

They told the Telegraph : "I’m sure it’ll be a bit of a bittersweet moment.

"This is her son and his wife, so in some ways, it will be coming full circle—but it will also be a poignant reminder of what we all lost."