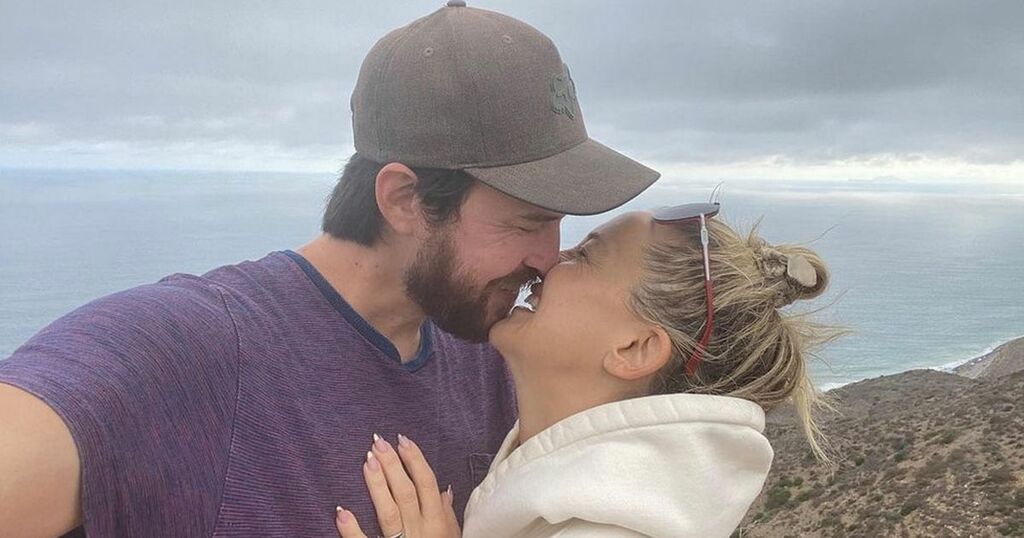 Kate Hudson has announced that she is engaged to boyfriend Danny Fujikawa, 35, after four years.

The actress, 42, looked ecstatic as she kissed her new fiancé and flashed her diamond ring in a cute photo on Instagram to announce the news.

In the the sweet picture, the couple embrace one another on a hill by the stormy sea as they gaze into each other's eyes.

She captioned the photo: "Let’s go!"

The star added a number of wedding-related emojis to the confirm the announcement.

In the cute snap, a beautiful diamond ring can be seen on the mum-of-three's perfectly manicured left hand.

Fans and celebrity pals rushed to the comments section to send their well wishes to the newly engaged couple.

David Gardner, pal of David Beckham and partner of actress Liv Taylor, was also pleased to see the happy news on his timeline.

"Congratulations !!!!" the entertainment manager wrote, adding a love-heart emoji in his message to the bride-to-be.

Kate's future sister-in-law Erin Foster also had a sweet message for the soon-to-be wife of her stepbrother.

Sara Foster also chimed in, writing: "Whoa. It’s official. Not gonna lie, been a hard secret to keep. I may have slipped and told a few people."

Kate and Danny first met through the Foster sisters over a decade ago and enjoyed their first date together in December 2016.

"We've known each other for 15 years. He's my best friend's stepbrother," the Almost Famous star explained on The Talk.

She added, "In terms of family, I've known his family forever. To have that connection is really powerful."

The newly-engaged couple are already parents to one child together.

Kate announced she was expecting her first child with the musician in April 2018 and on October 2 2018, the pair announced the birth of their daughter, Rani Rose Hudson Fujikawa, via social media.

The two-year-old is named in honour of her late paternal grandfather, Ron Fujikawa.

"Ron was the most special man who we all miss dearly. To name her after him is an honor [sic]," Kate explained online.

The Bride Wars actress is also mum to two sons from her previous relationships with ex-husband Chris Robinson and Muse frontman Matt Bellamy.

Speaking on Watch What Happens Live in April 2020, the 42-year-old confessed that her bedroom activity had increased since the pandemic begun.

When host Andy Cohen the star if her sex life had improved during lockdown, Kate replied: “Yeah. I do. I think it’s even more than that. I think it’s positive for knowing that I’m with the right person.

“There’s nobody else I’d want to be quarantined with right now. He’s just the best.”