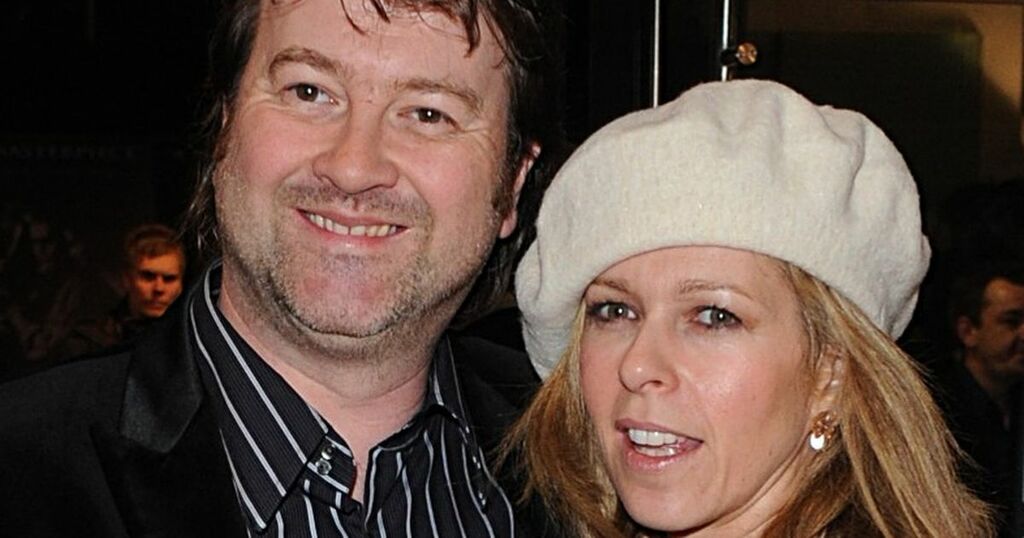 Kate Garraway has told her fans that she was planning on skipping tomorrow's NTAs.

The GMB star is being nominated for her documentary, named Finding Derek, that she made about her husband Derek's battle with coronavirus.

Finding Derek is up for the Authored Documentary prize at this year's National Television Awards.

Her film is shortlisted alongside Katie Price : Harvey and Me, Marcus Rashford: Feeding Britain’s Children, Rob Burrow: My Year With MND and Roman Kemp: Our Silent Emergency.

But on Wednesday evening, 24 hours before the awards ceremony, Kate told her fans that she had been contemplating not attending the red carpet bash - at the 02 arena- until an emotional exchange with a stranger.

The mother-of-two explained her U-turn in a lengthy Instagram post and told that she was not feeling hopeful that Finding Derek will win the gong as the factual film is up against some strong contenders.

She wrote: "Have been feeling very torn about asking you to vote for our documentary #FindingDerek ‘s nomination for @officialntas tomorrow. I am very proud of it but felt I shouldn’t be asking for more from you. I have even wondered if I shouldn’t go to such a sparkling event and take time away from the family who need me now more than ever."

Kate then went on to tell how a stranger - whose sister recently died from coronavirus - throwing support behind her led to her reevaluating.

The TV favourite added: "But a stranger just changed my mind! She was walking past our house & called out “hope you win” . I thanked her but said didn’t think we would as so many good ones in the category & I hadn’t been campaigning for votes as others have. She looked horrified . 'But you must' she said 'my sister died from Covid damage two weeks ago. Her heart had been ruined by the virus last summer. She watched your documentary and it gave her so much hope.'"

Kate went on to say how the meeting was emotional before asking for votes to highlight the struggle of the deadly bug, as she continued: "It broke my heart. So now I am asking you to vote please - not for me but to highlight the thousands that have lost lives and livelihoods to covid , and to the thousands more that battle on devastated by it.

"Also for the millions of others who are facing terrible diagnoses of any illness, the tortuous wait for treatment as our NHS strains to cope. It would be wonderful if your vote meant they felt less forgotten and helped me to fight on for them. The link is in the bio."

The brave personality illustrated the upload with a snap of her and Derek on their wedding day and a photo of her sat solo on her kitchen floor drinking a cup of tea - taken from the documentary.

Kate's husband is still recovering from a year-long battle with coronavirus that saw him lie in hospital in a coma for what must have felt like endless months for Kate and their children Darcey and Billy.

Derek was first admitted to hospital in March 2020 after contracting Covid-19.

He became gravely ill and was placed into an induced coma when his blood oxygen levels dropped severely.

He spent 12 months in hospital before he was well enough to go home, but his health battle is far from over and he still requires round-the-clock care.

Kate was seen on the documentary transforming the house to make it easier for Derek to get around.

The emotional film, broadcast on ITV, saw Kate recall doctors telling her Derek was the most seriously ill person they'd seen with Covid who had survived.

He's considered to be the longest-surviving Covid-19 patient.