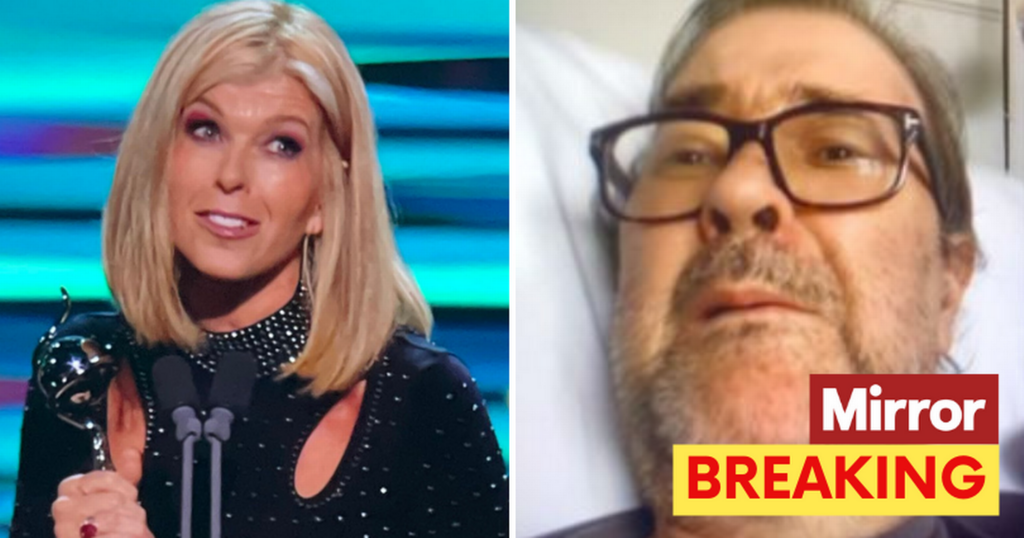 Kate Garraway was overcome with emotion on Thursday evening as she won a National Television Award for her ITV documentary Finding Derek.

The mother-of-two released the heartfelt film earlier this year after allowing cameras to document her story as her husband Derek Draper battled Covid.

Derek was hospitalised in March 2020 with coronavirus and then admitted to an intensive care unit.

Kate's husband, and father of her children, remained in critical condition after ten weeks and was then placed in an induced coma.

Derek returned home on a trial basis in April of this year but Kate has made no secret of the fact that his road to recovery will be a long one.

The 54-year-old former lobbyist requires round-the-clock care and cannot walk so has to use a wheelchair. Talking is also a struggle for him.

Kate, also 54, recently revealed Derek also suffers from extreme fatigue and sometimes sleeps for up to 20 hours a day.

Accepting the award, Kate said: "It was a hugely brave decision of ITV to commission this, they didn't really know what they were making.

"A story about bereavement and triumph. In the end, really, it ended up being something between the two.

"Thank you so much for voting, I wonder if the reason why you did is because our story is your story. I think we’ve all been touched by the pandemic, whether it's livelihood or mental health.

"I just want to say to all the Darcey's and Billy’s and Derek’s and Derek's families, whatever you’re going through, you’re not forgotten. We want the joy back, we want it to be over but the fight goes on.

"But most of all Derek, you should be here and should have had the chance to tell your own story. Derek, you’re going to get the chance, believe! The hope is real! Thank you so much."

The Good Morning Britain host beat the likes of Katie Price and Roman Kemp to win the NTA for Best Authored Documentary.

The win is certainly a bittersweet one as Derek remains at home, but comes on the couple's 16th wedding anniversary.

Kate and Derek had planned to renew their vows to celebrate their 15th wedding anniversary in 2020.

But since political advisor Derek has been ill, Kate’s best friend, TV presenter Clare Nasir, said she is “taking every day as it comes” as she can’t plan too far ahead with this year's anniversary looking.

In an interview with Closer magazine, Clare said: “Kate lives day to day with Derek because she doesn’t know what’s going to happen in 24 hours, let alone further along than that.

“I’m sure she’s got things she’d want to do, but she doesn’t want to tempt fate. That’s why her anniversary will be so bittersweet - planning is so hard.

“She lives everyday as it comes because something unexpected could happen at any moment with Derek’s condition..."