‘Karnataka’s spending on health, education lesser than others’ 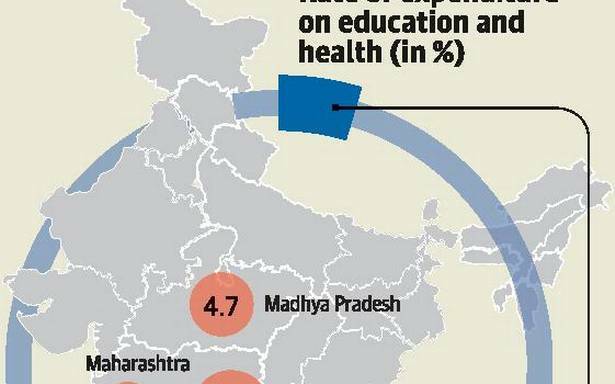 The rate of expenditure on education and health to aggregate expenditure of the State during 2019-20 was below its neighbouring States and also below general category States/national average, according to the Comptroller and Auditor General (CAG) of India report.

“The higher the ratio of these components (health and education) to total expenditure, the quality of expenditure is considered to be better,” the report said.

The Comptroller and Auditor General report, on State Finance ending March 2020, said that there has been cost and time overrun and the State government has to bear extra burden in terms of servicing of debt and interest liabilities on the borrowings incurred towards implementation of projects.

The report tabled in the Legislative Assembly on Wednesday said that the recovery of loans advanced by the State government to various institutions was meagre and was less than 1% of the opening balance of the loans outstanding during 2019-20.

A sum of ₹4,069 crore was advanced to various institutions in the form of loans during 2019-20 and the recovery of loan was ₹203 crore during the year.