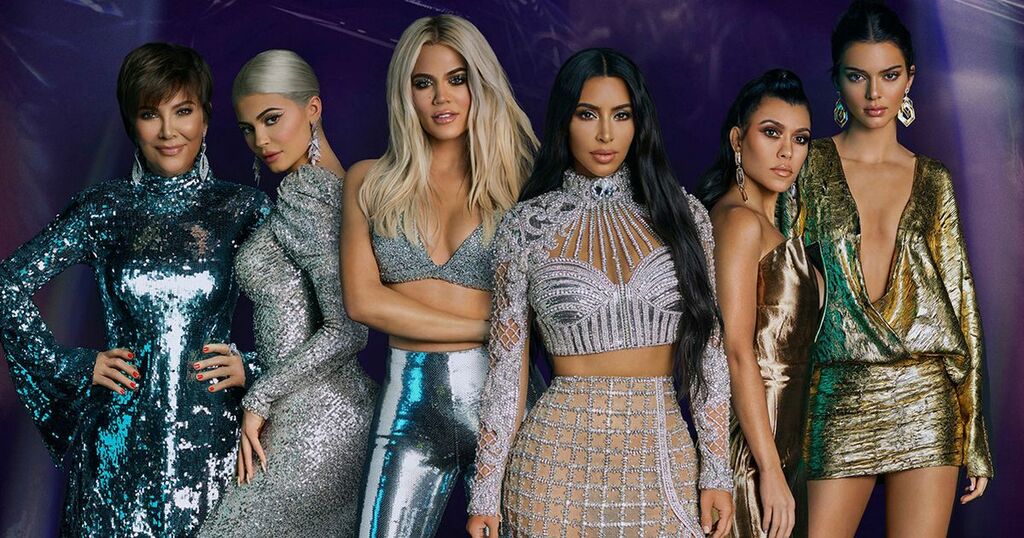 The Kardashians have some pretty famous enemies.

While Kim and her sisters are beloved around the world by their millions of fans, some of their fellow celebrities have been very vocal in their dislike of them.

From questioning why they're on the front cover of magazines or wondering if they're setting the right example to younger generations, many stars have publicly spoken out against the stars of Keeping Up With The Kardashians.

Here's a rundown of the celebs who've slammed the Kardashians and what they said about them, although it's unlikely their opinions will change the minds of their legion of followers who love them no matter what...

Pitch Perfect star Rebel Wilson said that while she had nothing against the Kardashians personally, she still wasn't a fan.

She once said: "It's not that you hate any of them individually, but it's just that everything they stand for is against everything I stand for. And they're not famous for talent."

Even James Bond has a problem with the Kardashians.

Daniel Craig once said in an interview with GQ: "Look at the Kardashians, they're worth millions. I don't think they were that badly off to begin with but now look at them.

"You see that and you think, 'What, you mean all I have to do is behave like a f***ing idiot on television and then you'll pay me millions?'"

While she didn't name names, Legally Blonde star Reese Witherspoon once appeared to make a very public dig at Kim, who famously appeared in a sex tape alongside her then-boyfriend Ray J.

While accepting the Generation Award at the MTV Movie Awards in 2011, she said: "I get it, girls, that it's cool to be a bad girl, but it is possible to make it in Hollywood without doing a reality show.

"When I came up in this business, if you made a sex tape, you were embarrassed and you hid it under your bed."

Former US President Barack Obama has spoken out about the example the Kardashians set for the younger generations.

He said: "There was not that window into the lifestyles of the rich and famous. Kids weren't monitoring every day what Kim Kardashian was wearing, or where Kanye West was going on vacation, and thinking that somehow that was the mark of success."

Singer Sinead O'Connor couldn't believe her eyes when she saw Kim on the cover of Rolling Stone magazine.

She said: "What is this doing on the cover of Rolling Stone? Music has officially died. Who knew it would be Rolling Stone that Murdered it?"

Kick Ass star Chloe Grace Moretz sent Kim a strong message after she shared one of her many naked pictures online.

Chloe tweeted: "@KimKardashian I truly hope you realize how important setting goals are for young women, teaching them we have so much more to offer than just our bodies."

Superbad star Jonah Hill once expressed his disbelief that Keeping Up With The Kardashians was such a successful TV show.

He told the Huffington Post: "The fact that the Kardashians could be more popular than a show like Mad Men is disgusting. It's a super disgusting part of our culture.

"But I still find it funny to make a joke about it."

He once told Elle: "Whether it's Paris Hilton or Kim Kardashian or whoever, stupidity is certainly celebrated…being a f***ing idiot is a valuable commodity in this culture because you're rewarded significantly. ... It's celebrated. It doesn't make sense to me."

The Hawkeye actor once told The Guardian: "All those ridiculous people with zero talent who spend their lives making sure everyone knows their name. Those stupid, stupid people."

Crooner Michael Buble once made a joke at Kim's expense.

While performing to a crowd in New York in 2011, he said: "Ladies and gentleman, I have a very special guest, please welcome Kim Kardashian."

But he quickly added: "Just f**ing with you. That isn't coming on my stage."

Pretty Little Liars star Troian Bellisario really struggled to come down on a side when Kim was warring with Taylor Swift, because she doesn't like either of them.

She once said: "Oh God, I have such an aversion to the Kardashians because I literally don't understand people's obsession with them and I don't want to accept them as our closest thing to a royal family, so I guess I would be Team Taylor Swift?

"However, I'm so appalled by what I consider to be her false feminism. It seems like she's this person who's like, 'Sisterhood' and then she does nothing but tear down the women that were once her friends."

Actress Amy Schumer made plenty of jokes about the Kardashians when she presented Saturday Night Live back in 2015.

And she made it clear she didn't like the message they sent.

She said: "Is that a great message for little girls, a whole family of women who take the faces they were born with as, like, a light suggestion?"

Buffy star Sarah Michelle Gellar was left upset when she saw Kim and her then-husband Kanye West on the cover of Vogue magazine.

She tweeted: "Well......I guess I'm canceling my Vogue subscription. Who is with me???"

Kim's BFF Jonathan Cheban was quick to fire back though.

He retweeted her and asked: "Do u matter?"

Singer and actress Bette Midler once took a swipe at Kim over her sexy snaps.

The Hocus Pocus star replied to her post: "Kim Kardashian tweeted a nude selfie today. If Kim wants us to see a part of her we've never seen, she's gonna have to swallow the camera."

Kim hit back by accusing Bette of "trying to be a fake friend".