The results of the women’s figure skating event at the 2022 Beijing Winter Olympics will carry an asterisk until the doping controversy surrounding gold medal favorite Kamila Valieva is resolved, an Olympics official said Wednesday, following a previous decision to not hold a medal ceremony for the event if the Russian skater finishes in the top three.

International Olympic Committee spokesperson Mark Adams told the press that the results of the women’s figure skating event will be considered “preliminary,” with an asterisk next to Valieva’s name if she finishes in the top three.

Responding to the criticism raised by other skaters and observers, Adams said that the IOC respects their opinion but it is their “absolute duty to follow the letter of the law.”

Adams added that Valieva’s B-sample—a second sample used to validate a doping result—has not yet been tested so “all these grand statements” were a bit premature.

This also means that any Olympic or world record claimed by Valieva at the Beijing games will remain provisional for the time being.

So far there is no asterisk on the official Olympic Games website next to Valieva’s performance in Tuesday’s short program or her gold-winning performance for the Russian Olympic Committee (ROC) in last week’s team event.

On Tuesday, Valieva recovered from an early stumble to take the top spot in the short program of the women’s single skating event. Amid the doping controversy, the 15-year-old Russian was able to score 82.16 in the short program, which put her ahead of fellow ROC team member Anna Shcherbakova and Japan’s Kaori Sakamoto. Valieva was allowed to skate in Tuesday’s event after the Court of Arbitration for Sport (CAS) ruled in her favor on Monday. The International Testing Agency (ITA) had challenged the Russian anti doping agency’s earlier decision to overturn an interim ban on the 15-year-old but the CAS ruled that Valieva should be allowed to compete due to certain “exceptional circumstances.” These circumstances included her young age and the delayed notification of her test result.

Earlier on Wednesday, the Associated Press reported that Valieva listed two legal substances used to improve heart function on an anti-doping control form before the Olympics. This confirmed an earlier New York Times report that Valieva’s primary sample tested positive for three drugs used to treat heart conditions including the legal substances Hypoxen and L-Carnitine. This revelation is likely to undercut Valieva’s argument that the banned drug, trimetazidine, was due to contamination with her grandfather’s heart medication.

Speaking to the press on Wednesday, IOC Executive Denis Oswald said there is no evidence that Valieva’s case may be an instance of state sponsored doping by Russia. “It's not established that there is a relation between this single, seemed to be an individual case, and the doping state of 2014,” Oswald said.

Earlier this week, American sprinter Sha'Carri Richardson questioned the decision to allow Valieva to continue skating at the Winter Olympics. Richardson, who faced a one month ban and missed the Tokyo Summer Olympics last year after testing positive for cannabis, sought a “solid answer” on the difference between Valieva’s case and her own. Richardson pointed out that like Valieva, she too had been expected to win a medal and added that the “only difference I see is I’m a black young lady.” On Wednesday, Adams said that every single case is “very different” and that Richardson had tested positive on June 19, 2021, “quite a way ahead of the Tokyo Games.” Adams added that her results came in early enough for the U.S. Anti-Doping Agency to deal with and Richardson “accepted a one month period of ineligibility” which began on June 28. The U.S. sprinter was considered one of the favorites to challenge for the women’s 100-meter gold medal and she later revealed that her consumption of cannabis was due to her mourning the death of her mother.

Kamila Valieva figure skating results will ‘have an asterisk against them’, say IOC (The Independent) 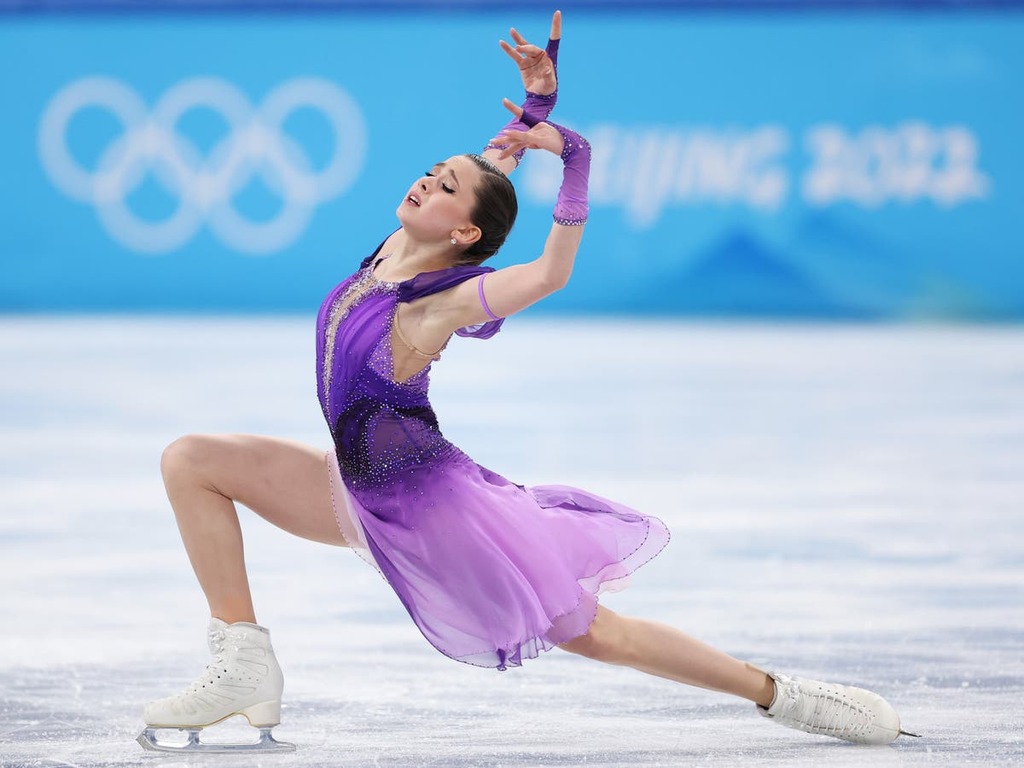 Kamila Valieva figure skating results will ‘have an asterisk against them’, say IOC
The 15-year-old took the lead in the individual event on Tuesday amid a storm of controversy

The Independent UK
One subscription that gives you access to news from hundreds of sites
‘A Complete Joke’: Figure Skating Community Outraged Over Decision To Let Kamila Valieva Compete In Olympics

“Do I feel sorry for her? I don't think so,” Japanese figure skater Kaori Sakamoto said after finishing third in…

Valieva scored 141.93 in the free skate program, a disappointing showing after topping the chart in the short program on…

Russian figure skater Kamila Valieva’s team has claimed her positive drugs test was caused by contamination from her grandfather’s medication.