Kamila Valieva will skate her spellbinding short program at the Capital Indoor Arena in Beijing on Tuesday, amid a swirl of controversy over the decision by the Court of Arbitration for Sport (CAS) to rule against re-imposing her provisional suspension for a doping offence.

The CAS cited “exceptional circumstances” and the fear of causing the 15-year-old “irreparable harm” for their decision to allow her to compete despite having tested positive for the banned heart medication trimetazidine following a test at the Russian National Championships on Christmas Day.

In a further extraordinary twist, the International Olympic Committee responded to the ruling by declaring that no medals will be awarded for the women’s event if, as expected, Valieva finishes in the top three, until such time as the full inquiry into the circumstances of her doping infraction has run its course.

Essentially, CAS ruled that because Valieva’s age makes her a ‘protected person’ under the World Anti-Doping Code, she may be eligible for a lesser sanction – including one that does not involve a suspension – once her case is heard in full at a later date.

It means Valieva, the world record holder who competed in the short and free programs of the mixed team competition last week, becoming the first female skater to land quad jumps at the Olympics in the latter, is now free to take part in the women’s singles competition which she is the overwhelming favourite to win.

Sarah Hirshland, chief executive of the United States Olympic Committee (USPOC), called the saga “another chapter in the systemic and pervasive disregard for clean sport by Russia.”

She added: “Athletes have the right to know they are competing on a level playing field. Unfortunately, today that right is being denied. This appears to be another chapter in the systemic and pervasive disregard for clean sport by Russia.”

Kim Yu Na, the 2010 Olympic figure skating gold medallist, posted a black square on her Instagram account and wrote: “Athlete who violates doping cannot compete in the Games. Principles must be observed without exception. All players’ efforts and dreams are equally precious.”

Valieva, who trained as scheduled at the venue on Monday night, is trained by Eteri Tutberidze at the controversial Sambo-70 club in Moscow along with compatriots Alexandra Trusova and Anna Shcherbakova, who complete the medal clean-sweep for the Russian Olympic Committee.

Attention has turned to the training methods used to lift the teenagers to extraordinary heights, and it is the question of the potential culpability of the entourage in relation to her alleged infraction that appears to have convinced the ad-hoc panel set up by CAS to provide her with an Olympic reprieve.

CAS director general Matthieu Reeb said: “While these rules have specific provisions for evidence of a different standard of evidence and for lower sanctions in case of protected persons, the panel was therefore concerned that if a permanent suspension would be imposed on the athlete and later – at the end of the day, after the completion of all procedures – she would not be sanctioned or would have a very low sanction, the provisional suspensions would have caused serious damage.”

At a press conference in Beijing, Reeb largely read from the official statement and did not take questions.

The CAS statement, released at the same time, outlined a number of further reasons for its verdict, including the delay in the delivery of the result of Valieva’s test from the WADA-accredited laboratory in Stockholm to RUSADA.

The statement read: “The panel considered (the) fundamental principle of fairness, proportionality, irreparable harm, and the relative balance of interests as between the applicants and the athlete, who did not test positive during the Olympic Games in Beijing and is still subject to a disciplinary procedure on the merits following the positive anti-doping test undertaken in December 2021.

“In particular, the panel considered that preventing the athlete from competing at the Olympic Games would cause her irreparable harm in these circumstances.

“The CAS panel also emphasised that there were serious issues of untimely notification of the results in the athlete’s anti-doping test that was performed in December 2021 which impinged upon the athlete’s ability to establish certain legal requirements for her benefit, while such late notification was not her fault, in the middle of the Olympic Winter Games Beijing 2022.”

Trimetazidine, used to treat chest pain and angina, increases blood flow to the heart. It was added to WADA’s list of prohibited substances in 2014.

News of Valieva’s positive test broke last week following a delay in the presentation of medals for the team event, in which Valieva, dubbed ‘Miss Perfect’ in her homeland, had dazzled.

The result of the team event, which Russia won over the United States with Japan in third place and Canada fourth, will also not be ratified until the conclusion of Valieva’s case, meaning it may take months or even years for the medals to be awarded. 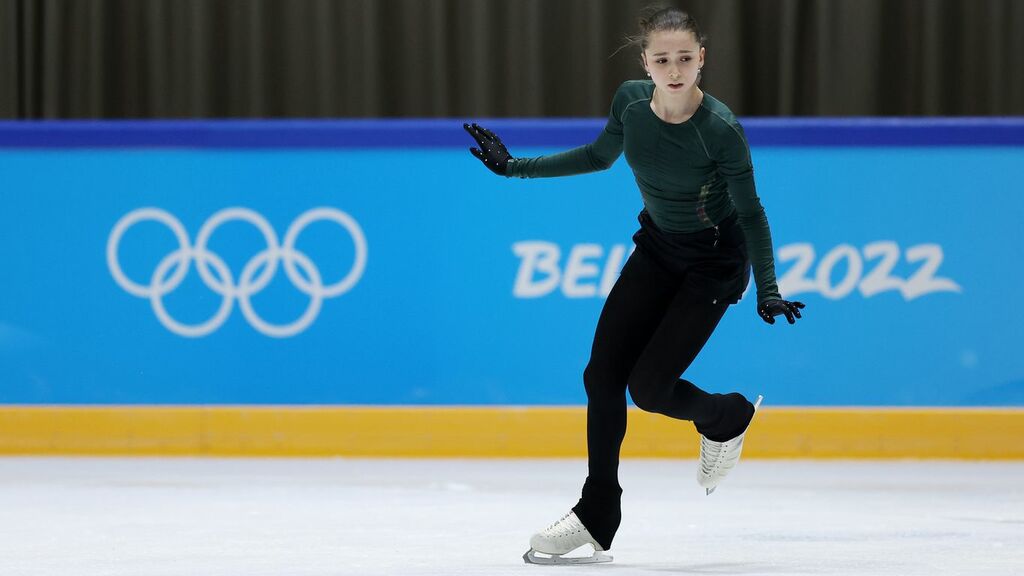 Axios
One subscription that gives you access to news from hundreds of sites
CAS clears Russia's Kamila Valieva to compete in Winter Olympic figure skating, despite her failed drug test