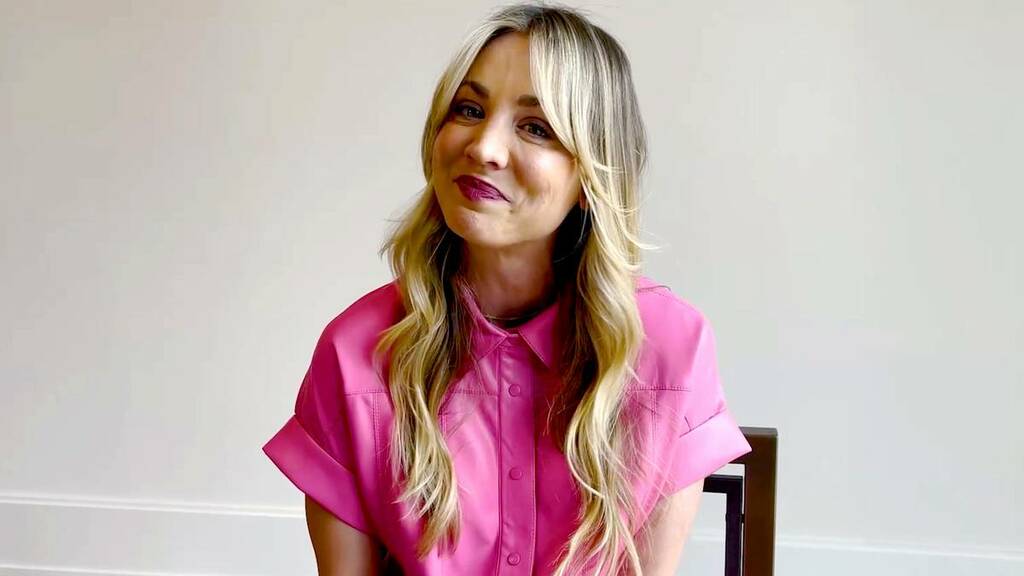 Kaley Cuoco and Pete Davidson star together in the upcoming romantic comedy Meet Cute. In the film Cuoco and Davidson fall madly in love, but it is starting to look like life may be imitating art in this case.

Cuoco shocked the world by filing for divorce last week from her husband of three years, Karl Cook. At the time the pair released an official statement, citing they had chosen to separate as their "current paths" have taken them "in opposite directions".

In seemingly unrelated news, prior to that Davidson split from Bridgerton star Phoebe Dynevor, citing the pressures of distance and conflicting schedules as the reason for the split. With the new revelation of Cuoco's marriage collapse it seems that perhaps there was more to the both splits than meets the eye.

According to The Sun, sources close to the production of Meet Cute claim that Cuoco and Davidson became very close during filming and their closeness was a contributing factor in Davidson breaking up with Dynevor.

The source told The Sun: "When Pete and Phoebe split, there was talk that his close friendship with Kaley did play a part.

"But now Kaley has announced the breakdown of her marriage to Karl, those around them on the set of Cute are saying they saw it coming.

"Pete and Kaley have got on incredibly well since day one, but as the weeks have passed, it's become clear there is some attraction there.

"Obviously they play a couple in the film and it's all very romantic and sweet.

"But the chemistry between them is so palpable, it's all people could talk about on set.

"When the cameras stopped rolling they'd be cracking jokes and were clearly enjoying one another's company.

"A friendship has definitely been formed between them and they seem very tight."

A whirlwind 24 hours after announcing the dissolution of her marriage Cuoco was back on set filming Meet Cute with Davidson, with witnesses spotting them holding hands, albeit in character. The film is set for release next year.