A skatepark brawler has blamed intoxication for his actions in filming a "horrifying" video, which is so confronting some jurors in a murder trial have shielded their eyes from it when it is screened in court.

Chief Justice Lucy McCallum acknowledged the graphic nature of the footage, filmed at the Weston Creek skatepark in September 2020, when it was shown to the ACT Supreme Court on Thursday.

On what she called "a distressing day", she told jurors she had noticed some of them trying to block their vision of the video the second time it was played.

Chief Justice McCallum told the 13 members of the jury she had no difficulty with them doing this because they had already seen it the previous day.

"I know it's distressing," she said.

The judge has suppressed the contents of the nine-second video, which has been tendered as evidence in the ongoing murder trial of a 17-year-old boy.

The boy denies responsibility for the death of an 18-year-old man, who was stabbed six times at the skatepark when a two-minute melee erupted in response to an argument on social media.

He has, however, pleaded guilty to a charge of recklessly inflicting grievous bodily harm in an admission he stabbed the deceased's 16-year-old cousin in the back.

None of the 12 people who were involved in the fight, or at the scene, can be named for legal reasons.

On Thursday, a fortnight after the trial began, the jury heard from two adults who have admitted assaulting the 18-year-old man and smashing his car with gardening implements during the incident.

The first of them answered dozens of questions posed by Crown prosecutor Rebecca Christensen SC and defence barrister David Barrow by saying he could not remember.

He said "one bit" of what had happened at a post-fight gathering in a nearby suburb had stuck with him, telling the court the alleged killer had lifted his shirt and revealed what looked like the handle of a knife.

"[The accused] said 'I stabbed someone', or 'I stabbed him', or something like that," the witness said.

This man said he thought 'no way' and did not believe what the alleged murderer had said, so he hopped in an Uber and went to the McDonald's outlet across the road from the skatepark.

While there, he told the court, he bought some food and saw police cars that had responded to the fight.

He did not come forward to speak to investigators for nearly two days, however, instead returning to the gathering and drinking through the early hours of the morning in question before going to a family lunch.

The following day, he met with fellow brawlers to discuss what had occurred before going to police.

The second of the adults to give evidence was the one who filmed the footage, which Mr Barrow described in his opening address as "frankly just horrifying".

This man, who admitted punching the 18-year-old victim and striking the bonnet of his car multiple times with a pickaxe, said he had taken the video "purely because I was intoxicated and was not thinking".

He is set to continue giving evidence on Friday. 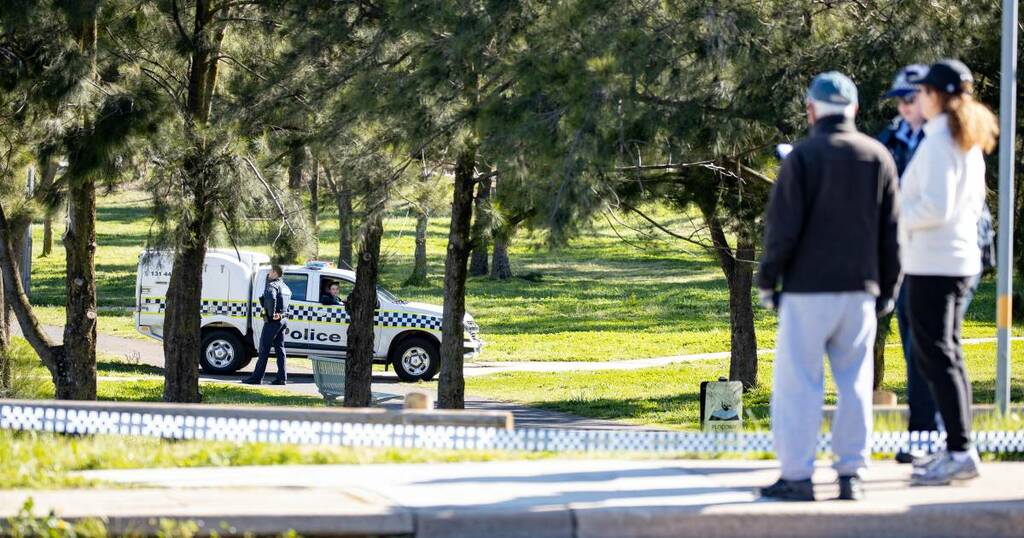 'Horrifying' skatepark video not 'some sort of trophy', murder trial told
The footage is so confronting, some jurors have shielded their eyes from it in court.

A friend told the court the 14 year old said 'let's batter him' before Boy A, her alleged murderer, stabbed…