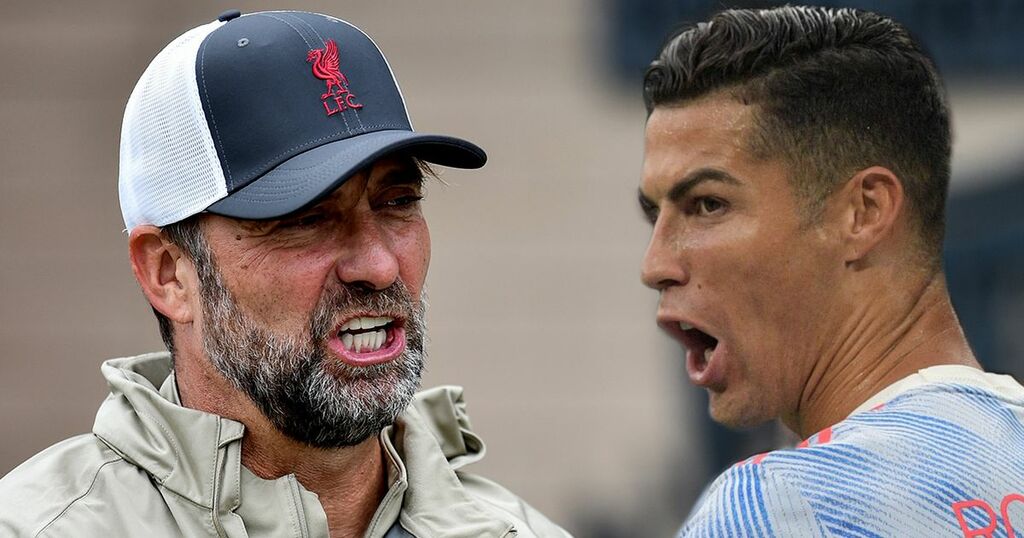 Jurgen Klopp isn't one to mince his words.

And the Liverpool manager proved this once again following Cristiano Ronaldo's return to the Premier League - or more specifically, his return to Manchester United - last month.

"Am I happy that he is at United? No, I can't say that," Klopp told Sky Sports.

When pressed to comment further he admitted: "Yes, unfortunately [he's too good a player]."

He later opened up on the transfer saga, adding: "I was surprised, not about United, him going in there in the end, but when I first heard the rumours about him wanting to leave Juventus. I had no idea about that.

"I am not in the Juventus circle when people inform me from time to time about what is going on there, so I was surprised about that. He was going to City and I thought 'Oh, that could be fun for United' and then, obviously, United stepped in and did it.

The fanfare surrounding Ronaldo's fairytale return had the potential to set it up for failure.

But the F word isn't one in the five-time Ballon d'Or winner's vocabulary and after just two games for Manchester United, Klopp's rather blunt comments are completely justifiable.

Ronaldo played 90 minutes for the Red Devils in his second debut on the weekend; a 4-1 win over Newcastle.

The Portugal international put in a man of the match performance as he bagged a brace and helped the Red Devils climb to the summit of the Premier League.

Ole Gunnar Solskjaer was quick to point out following the fixture that he plans to manage Ronaldo's game time.

The striker is 36 now, and Solskjaer intends to use him sparingly.

"The thing with Cristiano is that he looks after himself so much so I know he will recover quickly and he has had a pre-season," Solskjaer explained.

“Of course, there is a game on Tuesday [against Young Boys]. We will see what we do. But no, it's not impossible to leave him out. He is 36, Mason [Greenwood] is 19, so it's the same, I have to manage his minutes, and I have to manage a 36-year-old's minutes as well."

But how do you drop the biggest name in football after he scores two in a convincing victory? The short answer is, you don't.

So, of course, Solskjaer named Ronaldo in his line-up once again on Tuesday night, and once again the striker did what he does best and put the Red Devils in front with a poacher's finish.

A red card changed the dynamic of the game, with the Red devils reduced to 10 men following a late Aaron Wan-Bissaka tackle.

And before long United were not only level with Young Boys, but Ronaldo was leaving the pitch when his number was called.

Solskjaer's decision to hook the forward was heavily criticised by Man United fans on social media, with Ronaldo's replacement, Jesse Lingard, making an error that directly led to Young Boys scoring a second and winning the game.

But despite a largely disappointing European night and some questionable tactical decisions from Solskjaer, Ronaldo showed once again why Klopp is so unhappy he is back in the Premier League.

And once again why Manchester United may just win some silverware this season.