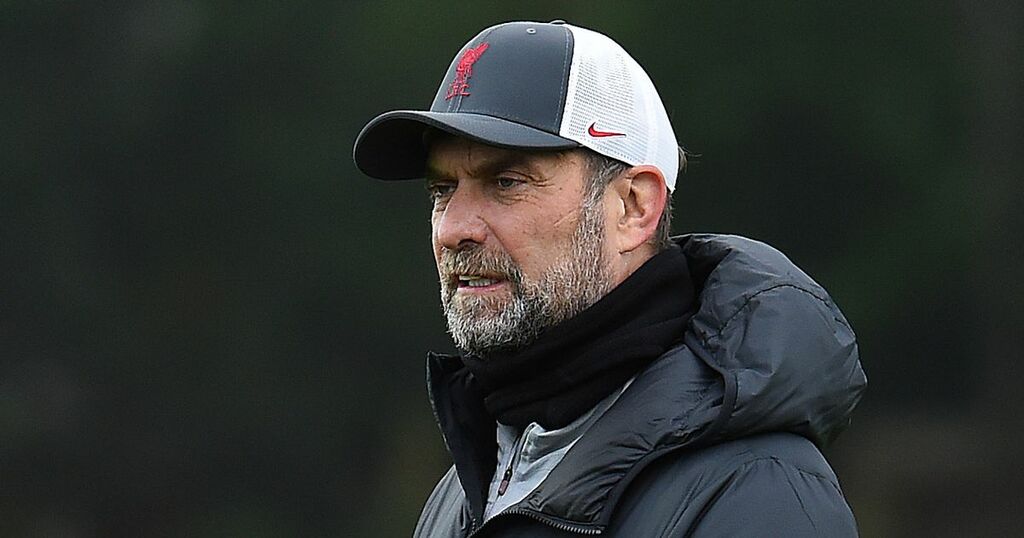 Jurgen Klopp has moved to address suggestions Liverpool made excuses to force the postponement of their Carabao Cup semi-final vs Arsenal on Thursday.

The Reds have been ravaged by a Covid crisis in camp this past week, which included shutting their AXA Training Centre after cancelling a training session.

Klopp himself has been isolating after contracting Covid, which meant he missed last weekend's draw with Chelsea.

Pep Lijnders took charge in his place but the Reds' No.2 was also struck down with Covid ahead of the first leg with Arsenal, along with a number of Liverpool players.

That led Liverpool to submit an official request to the EFL to postpone Thursday's tie - which was swiftly accepted - but Klopp denies Liverpool were in any position to play the game regardless of the Covid outbreak.

Will Liverpool win either of the domestic cups this season? Have your say in the comments section.

Referring to the Chelsea fixture, Klopp said in his programme notes for the clash vs Shrewsbury Town: "We went there with so many challenges. I was only one positive case – there were many others in and around that game, from players and staff.

"It makes such a big impact to your preparations. This is not an excuse – it is a fact.

"Of course, the disruption around that match wasn’t the end of our problems and I do want to address the postponement of the first leg of the Carabao Cup tie against Arsenal.

"It is not something we sought lightly and anyone who thinks otherwise clearly ignores how we have conducted ourselves as a club during this period. We have always looked to play, if feasible to do so.

"For the game that would have been Thursday this week just gone, it was impossible. We asked for the game to be moved because we had no choice.

"It is the first time we have made such an appeal and we did so because we could not field a team."

Klopp described how the situation at the club soon became "untenable" as more and more test results came back positive.

The Reds already had a number of personnel sidelined due to the virus, as well as injuries.

Klopp has been openly vocal about his opinion that everybody should listen to the "experts" and get vaccinated, something each member of his Liverpool squad has done.

At one stage it wasn't known whether he would recover in time to be in the dugout for the FA Cup Third Round tie against League One Shrewsbury, with assistant coach Peter Krawietz taking charge of preparations and media duties heading into Sunday's fixture.

Fortunately Klopp has shaken off the virus in time, and had some words of admiration for opposing boss Steve Cotterill, who spent a total of 69 out of 80 days in bed during two separate hospital stays after suffering a serious reaction to Covid.

Cotterill has since made a full recovery as he steps into the away dugout at Anfield, with Klopp stating: "I have read and listened to Mr Cotterill detailing what he went through after catching this illness and I am so pleased for him and his family he is over the worst of it now, back on his feet and back at work.

"He spoke really well and movingly about how he suffered. If you haven’t already I would encourage you to seek out a video or article where Steve details his battle back to health. It’s inspiring actually.

"As I say, I was moved by it, but educated also. It is a stark reminder why this awful thing is so serious and why we should all take measures to protect ourselves and each other while this pandemic is still with us."