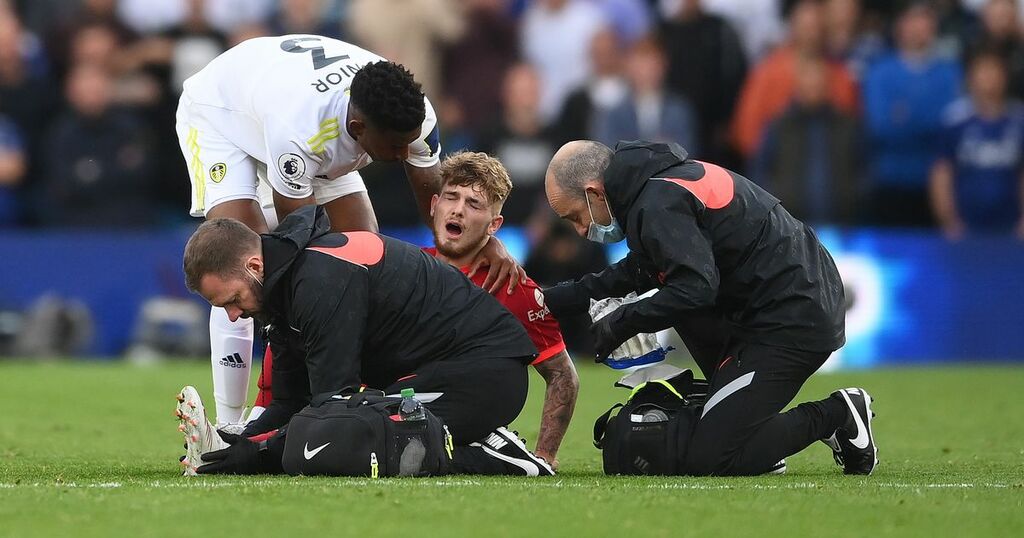 Jurgen Klopp has delivered an update on Harvey Elliott following his injury after Pascal Struijk's challenge during Liverpool's win over Leeds United on Sunday.

Liverpool’s 18-year-old midfielder Elliott was stretchered off during the clash at Elland Road after a tackle by Leeds’ Struijk left him with a dislocated ankle.

Earlier today Liverpool manager Klopp gave reporters an update on what will happen to the teenager.

Klopp said: “I spoke to him the night after the game already. He wasn’t in the best possible place for that moment but he took it already.

“He accepted it already and knew he would be out for a while. Today he is in London and will, as far as I know, probably have the surgery today.

“That is the next step to the way back and we all wait for news from after the surgery and that is it.”

Struijk was sent off for the tackle and Leeds are now appealing the decision, with Elliott writing on Instagram that he believed the red card should not have been given.

"It wasn't his fault whatsoever," wrote Elliott. “Neither was it a red card, just a freak accident but these things happen in football. I'll be back stronger, 100%. Thanks for all the support.”

Elliott also posted a thank you to Leeds fans on Monday, explaining: “I’m of course absolutely devastated with what happened yesterday at Leeds, but have been totally overwhelmed by the love and support shown to me by the entire football world following the injury.

“Thank you so much to everyone who has reached out or sent messages to me and my family, it means so much to us.

“Also a massive thanks to everyone inside Elland Road for the reception you gave me immediately after it happened.”