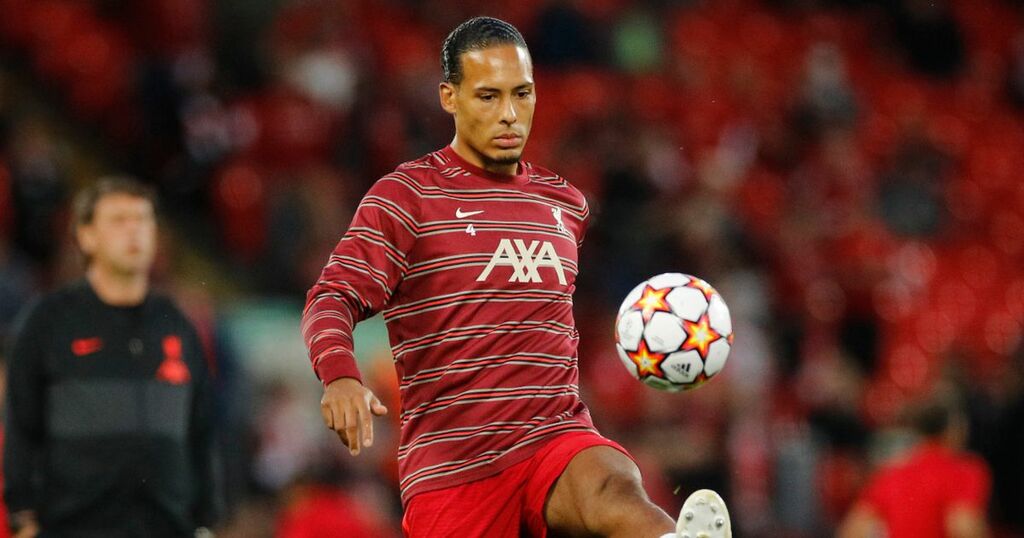 Just in case most of last season without him did not remind Liverpool fans of the importance of one player, along came one game against AC Milan.

Joel Matip and Jordan Henderson had barely finished discussing, in animated fashion, Ante Rebic’s equaliser when Brahim Diaz nudged the Italian side ahead just before half-time.

Henderson was still ranting at someone when the teams headed for the tunnel.

It was the sort of disarray that simply does not happen when Virgil van Dijk is marshalling matters from the back.

The organisation is normally supreme when Van Dijk is marshalling matters from the back.

Everyone seems to know what they are supposed to be doing when Van Dijk is marshalling matters from the back.

Trent Alexander-Arnold is not as recklessly cavalier when Van Dijk is marshalling matters from the back.

As both goals emanated from moves down his flank, Alexander-Arnold’s role predictably came into question.

And Alexander-Arnold DID appear to be missing in action when Milan scored their second.

But it would be ultra-harsh to pin any significant criticism on Alexander-Arnold.

Those two goals conceded just before the break were the result of the sort of collective defensive failure that is so, so rare when Van Dijk is in the line-up.

Having seen how arduous the Dutchman’s road to recovery was and knowing Milan would probably adopt a very cautious approach, you could understand why Klopp decided to give Van Dijk a breather in this particular game.

And thanks to a vibrant overall display, Klopp got away with it, with Mo Salah and Henderson's goals in the second half ultimately handing the Reds victory.

But if a seven-month absence did not tell us all we need to know about Van Dijk’s importance to this Liverpool team, then two goals in two mad minutes against Milan did.