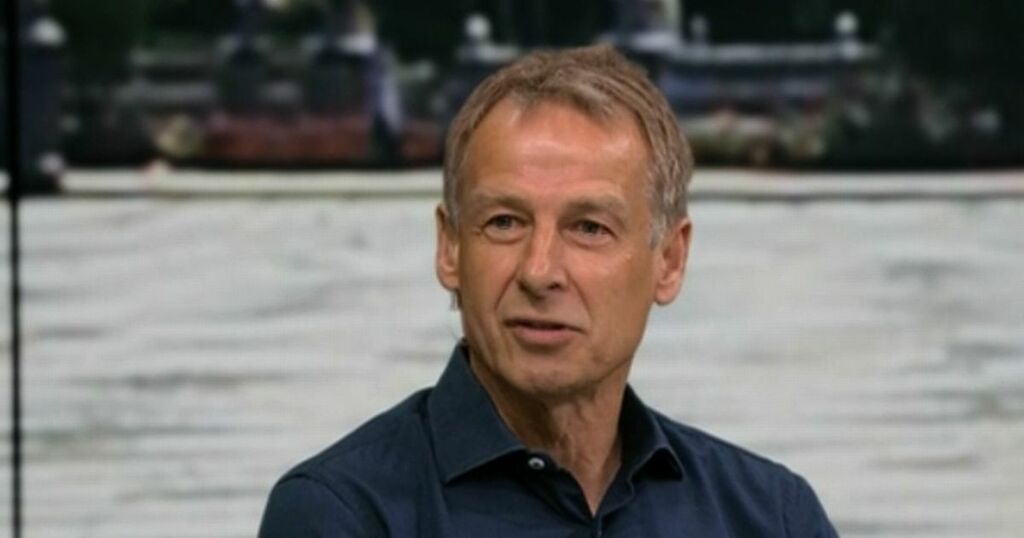 World Cup winner Klinsmann admits he was “shocked” when he first heard the proposals but has come round to their way of thinking and believes the game should be open to change.

The Premier League together with UEFA and several clubs have all voiced major concerns and opposition to the plan to streamline international football and play the World Cup every two years rather than four.

Klinsmann said: “When you get an idea like this, at first it shocks you and you feel out of your comfort zone.

“How can they change that? But there is far more behind the idea than that, and when you know Arsene Wenger, he is a very smart gentleman. He isn’t just waking up in the morning and saying: ‘now we are going to do it every second year.’

“The goal behind this whole thing is to discuss what they think about it. Even if the reaction is negative, it’s important to have the debate about how we can create a global calendar in a better way for players, coaches, clubs and national teams.

“How can we create a qualifying campaign that is less stressful for the top players in the world like [Lionel] Messi and Neymar, who have just travelled to South America and then playing on Saturday and Sunday in Europe.

While Klinsmann has thrown his support behind the discussions, his compatriot Jurgen Klopp is not convinced.

"There's no other sport in the world with such a relentless calendar... We all know why it's happening," the Liverpool boss said this past week.

Would a World Cup every two years be a good idea? Have your say in the comments below.

"Whatever people say that it's about giving different countries opportunities, in the end it's all about money.

"That's fine. But in the end, at one point somebody has to start understanding that without the players - the most important ingredients of this wonderful game - we cannot play it. Nobody is more important than the players.

"That means for top class players they play every year a big tournament. That means they have a three-week break every year?"