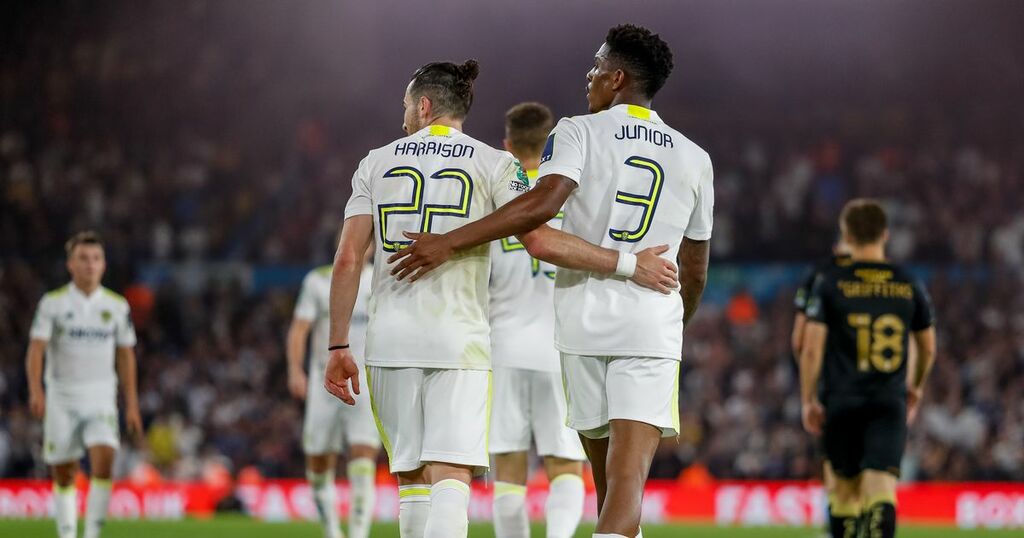 Leeds United defender Junior Firpo has opened up on the relationships he has developed on the pitch since his summer move to the club.

Firpo joined the Whites from Barcelona in July and after a tough start to life at Leeds, has began to show his quality in recent weeks.

The 25-year-old in particular put in his best performance for the club yet in Leeds’ last Premier League outing, when they defeated Burnley 3-1 at Elland Road.

With some incisive passing and forward running he Firpo caused Burnley all sorts of problems down the left, first with Jack Harrison in the opening hour and then alongside Daniel James in the final 30 minutes.

And in an interview with BBC Radio Leeds, Firpo was quizzed on the relationships he has built with his teammates on the pitch.

He believes that the technical ability of Mateusz Klich down the left compliments him well, before opening up on how he has to adapt his game depending on who is playing in front of him.

He said: “I think for my style of playing, Klichy on the left attack side is really good for me because he’s a very technical player. Or for example I have a good relationship off and on the pitch with Jack Harrison. We share a lot of things, and we play good.

“It depends because we have the type of players, when I play with Jack I try to do more one-twos, we try to touch the ball more and create danger with the ball at our feet. But when I play with Dan James I know he’s really fast and I have to give him the ball in behind the defenders so it’s dependent on who I have in front of me.”